Spokesperson for the Ashanti Regional Minister and staunch member of the ruling National Democratic Congress (NDC), Clement Cheriwele Kigeri has challenged the Institute of Economic Affairs (IEA) to come out with evidence on its survey of the Presidency as the second most corrupt institution.

According to him, the IEA’s survey that ranks the Presidency as the second most corrupt institution is nothing but a mere concoction.

A Socio-economic and Governance survey conducted by the IEA ranked the Office of the President as the second most corrupt institution in Ghana.

The survey was conducted in all the ten regions of Ghana with persons aged 18 years and above as the target population.

The IEA noted that one of the most pressing governance challenges confronting the country is the high prevalence of bribery and corruption.

Respondents in the survey ranked Tax officials and Members of Parliament as third and fourth most corrupt respectively.

But speaking on Kumasi based Kessben Television Mr. Kigeri called on Ghanaians to shun the IEA’s survey indicating that it is inaccurate and full of concoctions.

“The IEA has nothing to show as evidence that the Presidency is corrupt, he emphasized.

He however said the Mahama administration was working very hard to make Ghana a better nation for all.

Less than 1% of Ghanaians are reasonable- Lecturer 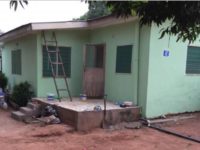