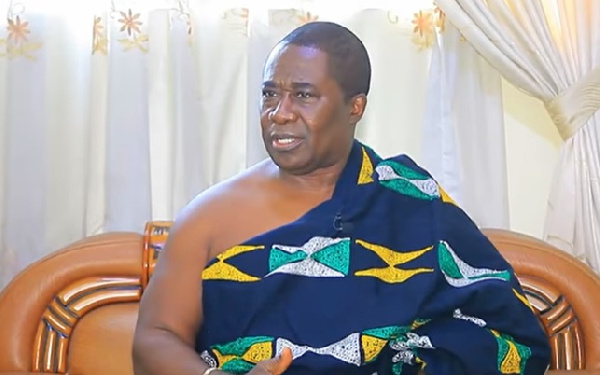 Nana Owusu Nyanin, the Chief of Kwamo in the Ejisu Juaben Municipal Assembly has become the latest personality to wade into the unending debate about the necessity of the decision by the government of Ghana to construct a National Cathedral.

Speaking in an interview with Oman Channel, Nana Nyanin stated that despite his high reverence for President Nana Addo Dankwa Akufo-Addo, he disagrees with the President for championing the construction of the cathedral as a priority above other needs such as roads, hospitals and schools.

The Chief of Kwamo singled out the Accra-Kumasi Road as something of higher priority which the President should have made it a point to ensure its construction into a dual carriageway considering its importance and the risk it poses to commuters in its current state.

“I believe President Akufo-Addo has done well with all the things he has done but for the Cathedral, I disagree with him. We met him in Toronto (Canada) in 2017 and everyone was made to write their concerns as Ghanaians. Personally, and with other Ghanaians living in Canada at the time, we mentioned the Kumasi-Accra Road. It is a death trap which continues to cause a lot of deaths.”

“I have always used flights for my journeys between Accra and Kumasi but recently I had to use the road for a trip to Accra. It is a death trap that has not been fixed for so many years and for any President or government to prioritize a cathedral over that road, I beg to differ. We already have a lot of churches here and when you look at the West, they are turning their churches into factories. I personally respect and like Nana Addo for his work but with all due respect I disagree with him,” he stated.

Plans by the government of Ghana to construct a National Cathedral in the heart of the capital, Accra for the Christian community has generated divided opinions with some Ghanaians heavily criticizing the move.

The Minister for Finance, Ken Ofori-Atta in his recent presentation of the 2021 Mid-Year Budget Review appealed to citizens to make a monthly donation of GH¢100 towards the construction of the Cathedral which is estimated to cost around $200 million. 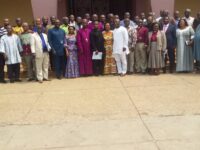