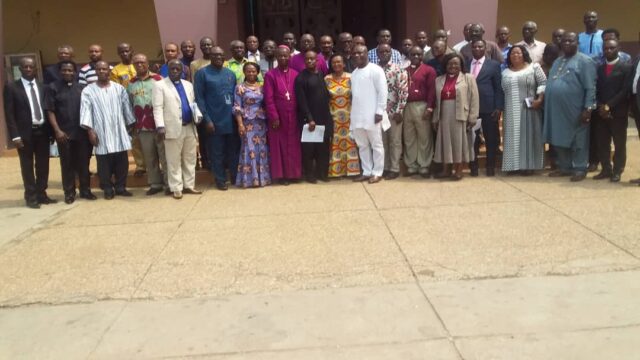 The Office of the National Cathedral of Ghana in conjunction with the Kumasi Christian Council of Churches will this Thursday raise funds to aid in the construction of the proposed national cathedral.

The program which is scheduled to take place from 5pm to 9pm Thursday evening would be graced by the President, Nana Addo Dankwa Akufo Addo.

Also making a grand appearance would be the Asantehene, Otumfuo Osei Tutu II as well as other paramount chiefs of Asanteman.

Briefing the media ahead of the upcoming event, Prophet Victor Kusi Boateng, General Overseer of Power Chapel Worldwide and Secretary to the Governing Board of the National CATHEDRAL Secretariat said the fund raising ceremony is to allow the people of Kumasi have the opportunity to sow into a worthy course.

‘’The upcoming fundraising event in Kumasi would be the third in a series of events planned to take place in all the 16 regions of the country and we are upbeat that the people of Kumasi would show their love to building God’s house which would also serve as a monument of his grace on Ghana’’, Prophet Victor intimated.

Speaking about the mandate of the committee, the Secretary noted that they are to raise funds and build the Christian monument within the space of 3years.

He revealed that structural designs and architecture are almost done and would be left for the quantity surveyor to put a total cost to all of the processes the building must go through.

Prophet Victor disclosed that the Accra fund raiser fetched the secretariat an amount of 13 million Ghana cedis, adding most were pledges which are being redeemed to aid in the construction.

He appealed to the people of Kumasi including Pastors, business people, Metropolitan, Municipal and District Chief Executives (MMDCEs) as well as chiefs to help raise enough funds to aid the building of the symbol of God’s faithfulness to the Nation.

‘’We appeal to the people in the Ashanti Region especially those in the Kumasi metropolis to sow into the blessing in such a worthy enterprise’’, Prophet Kusi Boateng pleaded.

Speaking to the media earlier, Simon Osei Mensah, the Ashanti Regional Minister welcomed the idea and pledged commitment to same.

He noted that various MMDCEs would be in line to support in the fund raising event so as to help in the building of a monument in honor of God.

Mr Mensah recalled the role of God in the life of men and noted that Ghana has enjoyed peace because God has shown mercy on its people.

He rallied people in the region to wholeheartedly support the building of the cathedral and asked them to grace the fund raising event on Thursday to sow seed to aid in its building.

Present at the brief ceremony were clergymen and servants of God in the Ashanti Region as well as MMDCEs in the Kumasi Metropolis. 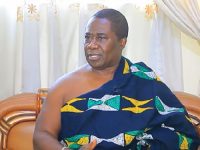