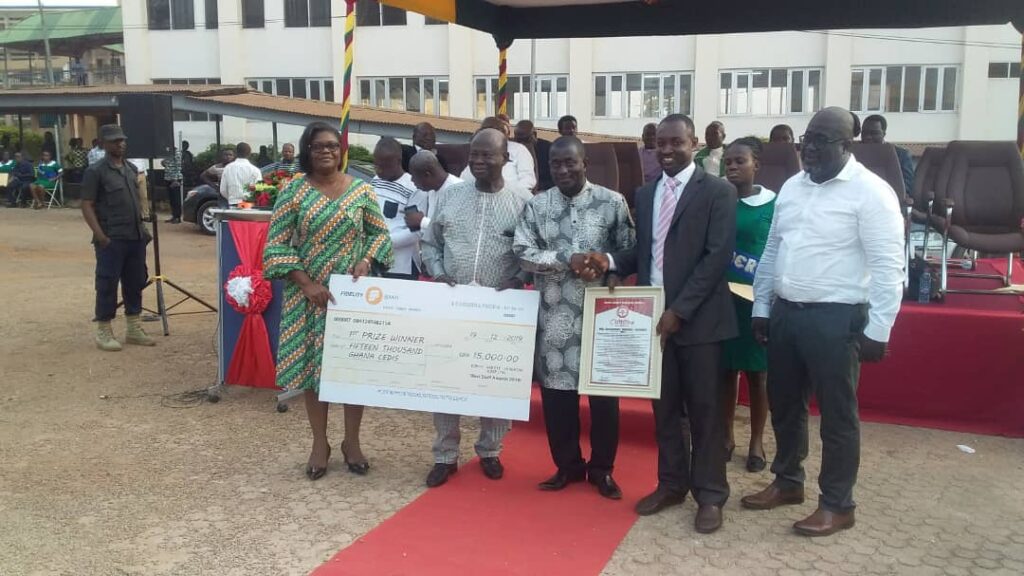 Dr Oheneba Owusu-Danso, CEO for KATH in a handshake with Engineer Emmanuel Wireko Brobbey, overall best worker for the year 2019

Addressing participants at an end of year thanksgiving event to honour God and to reward hard working staff, the CEO said the contract having been approved by parliament has been endorsed by the President.

The final signing event, Dr Owusu-Danso disclosed happened between the government of Ghana and the Contractor, Contracta UK.

The facility when completed would provide spaces for about 800 beds, the CEO intimated.

“When completed the project which is the single most largest investment made in the expansion of the hospital since its construction in 1955 will consist of 800 beds, Nine operating theatres, offices, lecture halls, staff cafeteria among others”, the CEO revealed.

WELFARE:
The CEO noted that staff welfare at the hospital is of prime interest to both management and the board.

Consequently, he noted that the Board has approved for the re-introduction of the staff awards programme.

This motivational initiative, he noted since 2015 had been halted.

The reintroduction of the programme, the CEO intimated signifies the commitment of management and the board in recognizing the work of staff of the hospital.

“We are also thankful to the Board for its approval for the re-introduction of the staff awards programme after a long break dating back to 2015”, the CEO posited.

AWARDS:
Taking home a cash prize of GHC15, 000 cheque and a citation detailing the sort of work he has done for KATH, Engineer Emmanuel Wireko Brobby, a certified electrician was named the overall best worker at the medical facility.

Dr Chris Oppong, a medical practitioner at the facility took home the 1st runner up position which consisted of a GHC 10, 000 cheque and a citation detailing his exploits for Ashanti’s premier medical facility.

He noted that this would spur him on to do more for the people who visit the facility to seek medical care. 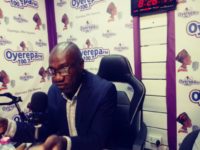