Uganda coach Milutin Sredojevic believes Ghanaians have been harsh on coach Kwesi Appiah ever since he took up the job to be the coach of the Black Stars. The Serbian trainer led the Cranes to secure a vital point with a 1-1 draw against the Black Stars in their opening 2015 Africa Cup of Nations qualifier played in Kumasi on Saturday.

While the Ghana FA are in the process of appointing a technical adviser to strengthen the technical bench of the Black Stars, others believe Kwesi Appiah should rather be replaced.

“I have seen when he [Kwesi Appiah] started the job and I totally believe that you guys have been harsh on the coach,” Sredojevic said at his post-match press conference.

“I have great respect for him and I think you need to have an element of patience.

“You are playing another game in three or four days and you need to give him the support and be patriotic.”

Kwesi Appiah must now dust his team off the disappointing home draw as they come up against Togo in their second 2015 AFCON qualifier on Wednesday in Lome. 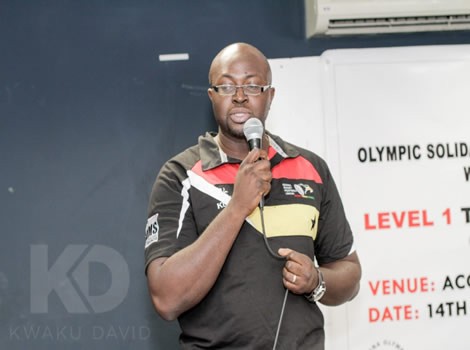