Government, the private sector and cross section of the Ghanaian public will tomorrow profess plans necessary to address defects in the economy at the first national economic forum scheduled for Tuesday.

The forum is aimed at achieving consensus on policies, strategies and measures to Ghana’s transition from a lower middle income nation to an upper middle income economy. Scheduled to take place at Akosombo, the non-partisan forum is on the theme “Changing the Narrative: National Consensus for Social Transformation”.

The four-day event is also expected to draw ideas for a “sustainable path that guarantees improvements in the quality of life for all Ghanaians”, according to a release issued last week.

Despite many attempts to curtail a ballooning public wage, a depreciating cedi and a record high inflation, Ghana’s economy continues to slump in performance. Finance Minister Seth Tekper is expected to announce plans to control government expenditure, the depreciation of the cedi and reduce inflation.

Also issues of mandatory retrenchment of public sector workers to reduce the huge wage bill are expected to top discussion at the forum. Joy Online checks revealed government led by the Finance Minister last week held several consultancy meetings with industry, the private sector and key stakeholders of the economy to get them to fully participate in the forum.

Meanwhile, in spite of huge skepticism surrounding the proposed National Economic Forum, mainly from the camp of the opposition NPP, Kweku Baako Jnr. Editor-In-Chief of the New Crusading Guide newspaper remains optimistic that something useful can come out of it.

The veteran journalist believes although it could amount to a talk shop, he admits government “can’t act without talking”. The 2012 Presidential candidate of the Progressive People’s Party, Dr Papa Kwesi Nduom, has expressed the hope that something good will come out of the Economic Forum.

According to Dr Nduom, there is nothing wrong with a government to call for new ideas to respond to the challenges facing a dying economy.

He, however, said the initiative by government was not the first economic forum to be organised in the country since 1992, and recalled attending the first forum organised under the presidency of former President J.J. Rawlings.

He said under President J.A Kufuor, he, Dr Nduom organised the National Economic Dialogue on two occasions, did a review session and reported on what was achieved at the forum.

In the view of Dr Nduom, the initiative must be a continuous, broad-based national exercise organised under the auspices of the National Development Planning Commission with government implementing ideas from the forum to shape and guide the formulation of national policies.

Asked whether he would be attending the forum, he declared, “I will give them the benefit of my experience if they invite me.”

Participants and major contributors at the forum will include former finance ministers, former governors of the Bank of Ghana, eminent economists, political parties, parliamentarians and business leaders. 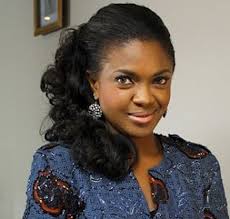