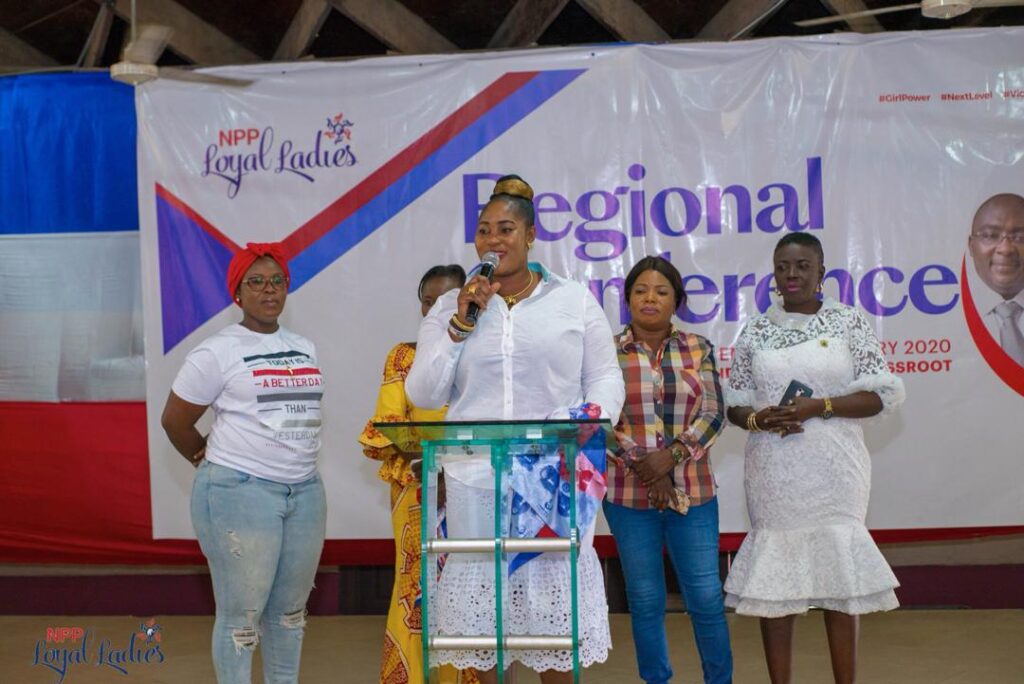 The Ashanti Regional Women Organiser of the NPP, Nana Ama Ampomah has appealed to party people to put up good attitudes so as to get people to identify with the party ahead of the 2020 general elections.

According to her, the attitude one shows can either put people off or woo people into the party’s fold.

Speaking to the Ghanaian Observer Newspaper this weekend at the sidelines of an NPP event in Kumasi, Madam Ampomah said the NPP is poised for victory in 2020 but would need its members to exemplify good character and attitudes.

She rallied the women wing of the party to exhibit good behavior at every place they visit, adding that some people take into consideration such things before choosing to identify with any group or political parties.

‘’I am confident of our victory in 2020 but I need to caution our people to demonstrate good attitudes daily so that we do not put people off from supporting our party ahead of the 2020 elections’’, Madam Ampomah admonished.

The women organiser cautioned party faithful to be watchful of their public comments on issues.

She noted that hurtful and incisive political comments by any NPP member or communication officer could mar the goodwill the party has within the public.

Madam Ampomah recalled how the insensitive comments from officers within the Mahama administration cost them defeat in the 2016 elections.

She therefore admonished that party members behave in manners that will be reflective of President Akufo-Addo who is focused and courteous with his public utterances.

‘’Let us emulate our President and our first lady who speak well in public and are courteous towards the people of Ghana’’, the women organiser posited.

Madam Ampomah, who is popularly referred to as ‘Pretty Giant’ called on party folks to begin the 2020 campaign for the retention of the NPP in government now.

She insisted that by that strategy the NPP would have touched the hearts and minds of the Ghanaian people even before the election period.

Madam Ampomah asked that party people look out for opportunities to sell the good policies of the government to them.

According to her, even though people are aware of most of the policies of government is implementing, nonetheless, she added that people still need to be carefully explained to.

‘’Let us set out in time and tell the good news of the Nana Addo government as we carefully explain the policies everywhere we visit to people’’, Madam Ampomah advised.