Former Ashanti NDC Secretary; Joseph Yammin says no voting will take place in the Ashanti region “if anyone is prevented from voting on election day”.

Joseph Yammin who was addressing NDC faithful during his campaign activities at Ahafo Ano North Constituency was unhappy with reports of some threats at certain sympathizers and members of the NDC by the largest opposition party forcing them to stay indoors on election day if they value their lives.

“No voting will take place in Ashanti region if anyone is prevented from voting on election day. I can assure you no one can prevent you from voting as long as you have your name in the register”, Yammin reassured them, adding, “If Gabby Okyere Darko can vote in London, and Bawumia’s wife can also vote, then who dare tells anyone in Ashanti region not to vote?”.

Joseph Yammin expressed confidence in the Police administration led by COP Kofi Boakye as well as the military led by Lt. Col. Salifu but quickly added that if anyone despises these forces and prevents “anyone” from voting, then there will be no voting in the Ashanti region at all.

“This isn’t a treat but shouldn’t also be taken lightly by the security agencies for we won’t sit for anybody to intimidate anybody especially when no one is more Ghanaian than the other”.

He insists there “will definitely be a one man, one vote on Wednesday 7th December and John Mahama will be declared winner whether they like it or not”.

Similar statements in the past

Already, Joseph Yammin in an earlier response to a similar threat issued by Ashanti NPP Chairman; Bernard Antwi Boasiako following his night of incarceration at the Kumasi Central Police station stated that “if he will cause the beating of NDC agents, we will go beyond that; we will touch 4 NPP agents for every NDC agent who gets beaten” adding that “the Ashanti region may not be as peaceful as anybody wants to see it. Two things may happen; either we will not vote at all in the Ashanti region or it will be a chaotic scene “, he said. 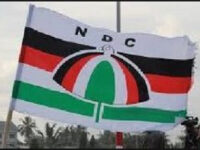