Education in Ghana becoming a monster Government must roll out measures to curb the rising cost of basic and tertiary education in Ghana in order to make it accessible to the poor or else it will become a monster that will slowly compel the under-privileged from pursuing their academic dreams, some concerned civil society activists have stated.

Observers have raised concerns about the ever-increasing tuition charges at various levels of the country’s educational system, insisting that such hiked fees are making parents poorer by the day as well as widening the gap between the rich and the poor. This, they say, makes education to become a privilege instead of a right of every citizen as provided for in the 1992 Constitution.

“Education is increasingly becoming a determining factor for poverty and prosperity, education is becoming the bridging gap between the poor and the rich. In fact, education in Ghana in its present state is becoming a monster that is scaring us away,” Dr Zakaria Yakubu, Programmes Director at the Integrated Social Development Centre (ISODEC), noted.

Dr Yakubu, who spoke to Public Agenda on Friday, observed that very brilliant students have not been able to access education because their parents could not afford to pay the exorbitant school fees charged by basic and tertiary educational institutions. He therefore said immediate steps must be taken to correct the situation, or else a huge reservoir of drop-outs will be churned out in future.

He said the multiplicity of fees being charged at the educational institutions, particularly, in the private basic schools was making it difficult for parents to pay.

He indicated that at a time when parents were struggling with the daily cost of maintaining their families, it was the same time that schools were increasing fees recklessly.

Education, he said, “has become the bridging gap between the haves and have-nots. Parents and guardians who have money will be able to pay what the schools ask them to pay, and now it has become a status symbol in Ghana that people who have money will want their child in international schools and the school that your child attends today is determined by your income.” That, he said, should not be the case. He lamented that basic education was a huge challenge for parents because the cost was prohibitive.

The Programmes Director noted that in the Scandinavian countries, there was a system where two students could sit in the same class and pay different fees depending on the incomes of their parents. However, in Ghana education was not reflected by parental income, so a cleaner is compelled to pay the same fees for his child as a bank manager “and how will a cleaner be able to ever bridge this gap,” he queried.

Proffering solution to the status quo, Dr Zakaria said: “If we want to bridge this gap, there should be a very serious move by the government to dialogue with school administrators across the country because what they are doing now is to make people even poorer because incomes are becoming smaller because of increase in inflation.” He warned that if the trend was not reversed immediately, a large number of persons of school-going age would become truck pushers, ‘kayayeis’ and miscreants in the cities and towns, and that would constitute a big problem for the government.

A researcher and a former co-ordinator of the Ghana National Education Campaign Coalition, Mr Sherif Yunus Abubakar, in a separate interview with Public Agenda, bemoaned that education was supposed to provide the opportunity for all Ghanaians to be equal, but it is now becoming a platform for widening inequality. Mr Abu-bakar said one of the consequences of the multiplicity of fees was that high school drop-out would become the order of the day, leading to a high crime rate as the drop-outs would be unemployable and may resort to criminal activities to survive.

He lamented the current state of education in the country was problematic and worrying, adding that the Ministry of Education must broaden its horizon in terms of its supervisory responsibilities to ensure that the illegalities and excessive fee charges were checked.

A former lecturer at the University of Ghana and an egalitarian rights advocate, Dr David Pessie, told Public Agenda that he would not describe the situation as monstrous. He, however, held the belief that education should be available and accessible to all irrespective of the person’s position and economic status in the society. “We cannot completely say that the system is failing because it has to do with access and quality. My position is that every Ghanaian must have a right to formal education,” Dr Pessie maintained. 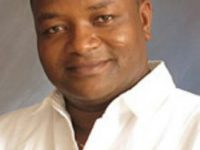 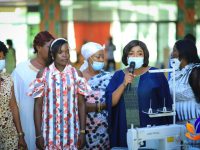 Sompahemaa Foundation donates items worth GHC50,000 to artisans at Suame