Assembly members in Ashanti throw out John Mahama, describes him as “con man” 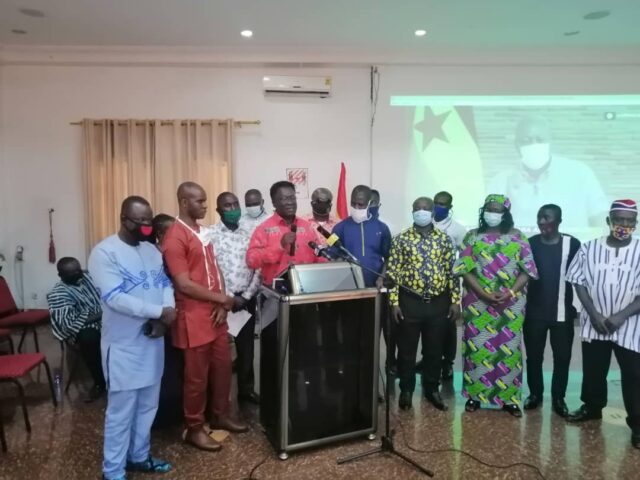 The caucus of the elected Assembly Members Association of Ashanti has described the former President’s promise of paying them monthly salary when he wins the December 7 presidential election as “belly talk”.

According to the caucus, it is surprising for a former President who claims he cares to only show up four months to election to make such a promise.

Addressing the media in Kumasi on Tuesday, spokesperson and former  Presiding Member for KMA, Nana Kofi Senya described the former President as a “con man”.

He said the caucus which has a backing of about  1, 580 elected assembly members in Ashanti is surprised that the NDC and its flag-bearer still find them as gullible to spew such falsehood.

“The NDC and its flag-bearer John Mahama  were the same persons who openly fought against the proposed referendum by this caring NPP government that was aimed to make the decentralisation process in Ghana transparent and partisan”, Nana Senya stated.

The spokesperson  also revealed that the NDC and its flag-bearer from the year 2012 when they had power did nothing to better the conditions of the hard working assembly members in the country.

He noted that during  meetings of members of the National Association of Local Assemblies in Ghana (NALAG), the NDC government made several promises to the elected Assembly Members.

Nana Senyah tearfully said none of those were fulfilled when John Mahama was President of the country. He noted that the caucus is convinced  that the latest promise of paying them monthly salaries is meant to deceive and insult their intelligence.

“We are sick and tired of these lying spirits who are bent in creating divisions among people of like minds for their parochial interest”, the spokesperson intimated.

The caucus, the spokesperson noted is resolved to peruse through the manifestos the political parties will present and make informed decisions on which party they will endorse in the December polls.

Political parties, the spokesperson stressed should show concern at all times and not when elections are close by.

Nana Yaw Wiredu, elected assembly member for Ahensan Estate in an interview with this reporter expressed disgust at the behaviour of the former President.  He wondered the mindset of the former President by which he is trying to deceive by sweet words when he knows he failed when he got the chance to show care. 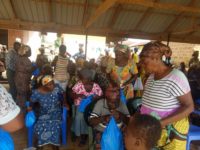 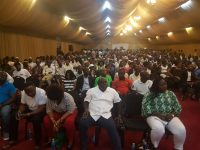 Grab opportunities that come your way-Chief of Staff tells youth