There is drama over what exactly happened to suspended New Patriotic Party (NPP) National Chairman, Paul Afoko, following claims by his supporters that his residence was attacked last Sunday.

It was 2nd National Vice Chairman of the party, Sammy Crabbe, who made the wild allegation on Kasapa FM, an Accra-based radio station, where he said the residence of Mr Afoko was attacked while the suspended Chairman was in church.

“Afoko’s home was also attacked on Sunday, and the police was there. He was at church when the incident occurred so he had to call the police from church and they rushed there to save the situation. Most of the frames on his walls were destroyed by the attackers,” he said.

He went ahead to say that the NPP must be cautious of what appears to be a breakdown of law and order within their ranks.

However, immediately Mr Crabbe made the allegation, Afoko’s spokesperson, Nana Yaw Osei, granted an interview to Starr Fm, a sister station of Kasapa Fm, saying the NPP 2nd Vice Chairman who had broken ranks with the party had told a lie when he said his boss’ residence had been attacked.

Nana Yaw Osei said nothing of that sort happened.

“Mr Afoko’s residence was not attacked; his property was not destroyed either. On the morning of the Sunday I was in the house. Sammy Crabbe can comment on it, at least he comes to the house, but I doubt if Sammy Crabbe will put out those words, because I still insist that nothing in the house was destroyed,” the spokesperson said.

Strangely, it was the same Sammy Crabbe who broke the news of the alleged attack on Nii Noi Nortey, the NPP parliamentary candidate for Korle Klottey at Osu.

When DAILY GUIDE contacted the Osu Police, they said the case had been transferred to the CID headquarters.

“My attention has been drawn to some media reports to the effect that Mr Sammy Crabbe, the Second Vice Chairman of the New Patriotic Party (NPP) lied about an incident which happened last Sunday morning at the residence of Mr Paul A. Afoko, the National Chairman of the NPP.

“The incident actually happened. Some persons without the knowledge of Mr Afoko came to his residence in his absence. The police drove them away.”

He said, “Mr Sammy Crabbe and myself have communicated this incident at Mr Afoko’s residence using different words and expressions. It does not in any way mean that Mr Crabbe lied about what happened as it is being speculated in the media.”

When DAILY GUIDE contacted the Airport Police Station, the security agents said they received a signal that some people were planning to attack Mr Afoko and since they were already in the vicinity on a funeral assignment, they parked in front of the suspended NPP Chairman’s house.

The police said shortly after that, they saw a group of men on motorbikes heading towards their direction and added that they could not tell if those were the people who were purportedly planning to attack Mr Afoko.

“They turned and sped off upon seeing us,” the Airport Police said and added that the NPP man was not at home and when he returned he even joined the mourners at the funeral held adjacent his house.

The funeral was said to be that of Alhaji Jajah, an uncle of President John Mahama, who was also at the funeral.

The NPP General Secretary, Kwabena Agyepong, was said to have also attended the funeral. 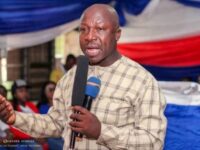 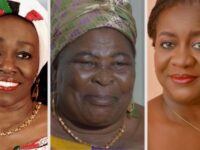 The underrepresentation of women in National elections: Will 2020 make any difference?