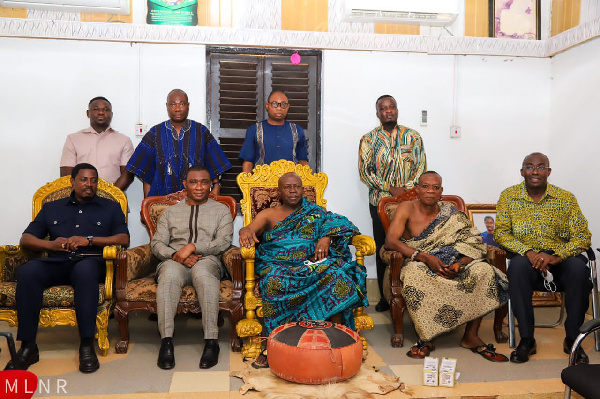 The visit was to officially introduce the Hon. Minister and his entourage who are on a working tour of the Ghana Bauxite Company to the Chief who doubles as the President of the National House of Chiefs.
Disclosing the purpose of the visit to Ogyeahoho Yaw Gyebi II, Hon. George Mireku Duker stated that the Ministry and the government as a whole recognizes the important role, the chieftaincy institution plays in the development of the country.

The Member of Parliament for Tarkwa-Nsuaem said that it would have been a show of disrespect to the highly-revered stool of Ogyeahoho Yaw Gyebi II for him and his delegation to visit the town without paying homage to the paramount chief.

“We can’t be in this town and not make our presence known to the wise and respected chief of this area. So we are here to officially announce our presence and also seek your support and indulgence in the assignment we are embarking on,” he said.

On his part, Ogyeahoho Yaw Gyebi II commended the deputy minister and his entourage for the honour done the stool by seeing them as a major stakeholder in the exploitation and management of bauxite resources in the area.

He lamented the failure of previous administrations to effectively exploit the bauxite in the area and was concerned with recent development which he hopes would be addressed by the deputy minister and his team.

“We always wait for the quarrying companies to cheat us before we initiate moves. The lands and its minerals have been vested in the government and the government should not delay in applying the rules where necessary”, he said.

“I am grateful for the latest move by the government and the move to renew their concession. We are even happier that the renewal of the agreement hinges on building an aluminium processing plant,” he said.

The minister is due to engage with management and staff of the Ghana Bauxite Company in Anhwiaso after which he will address the media on the next step for the government on the issue. 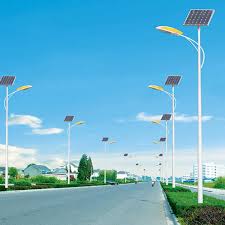 Edem, Sway tell the African liberation story with ‘The One’