The flag-bearer of the New Patriotic Party, (NPP) Nana Addo Dankwah Akuffo Addo says he comes to the presidential election in 2016 with clean hands just as he had done two times previously.

Addressing massive crowds at Adugyama and Sabronuom, all communities in the Ahafo Ano South-East constituency of the Ashanti Region, the former Foreign Affairs Minister promised to oversee a clean government when he is endorsed as president at the upcoming polls.

”I come with clean hands and am determined to oversee a transparent government when God willing the people of this country endorse me as president in the upcoming presidential election”, Nana Addo stressed.

He noted, ‘just as I have said and continue to say I did not come to political life to enrich myself but to use the grace and wisdom God has given me to shape the country’s future’.

PROMISE.
Nana Addo pledged to whip in line all those that will work with him in government so as to ensure no one milks the country dry.

Nana Addo accused the NDC of reneging on the promises they made to the people but promised to live up to the hope the people have in him by fulfilling all that he has promised.

According to him, the people had been impoverished to the extent that basic utilities is now a luxury due to the astronomical hikes in tariffs.

MOBILISATION:
He noted his desire to mobilise both the human and natural resources of the country to better the lot of the people.

” I want to be noted for leading the transformation of this country as I consciously mobilise the potentials that exist in the country to ensure prosperity for all”.

He stressed the country had been endowed to do well as every resource that has the potential of being refined to create wealth was available.

According to him, bad governance and corruption had been the reason the country seemed to be in dire need of basic things.

JOBS :
Nana Addo promised to vigorously pursue an agenda where the youth are given lasting jobs.

This, he stressed was because the youth were the agents of change and therefore promised to empower them to drive the transformation agenda of the country.

Nana noted it was needful that the youth were gainfully employed.

He promised to ensure the establishment of one factory in every district, stressing this would go a long way to eliminate rural unemployment.

Nana Addo assured the chiefs of conducting a clean campaign ahead of the polls and committed to ensure same is replicated by his followers. 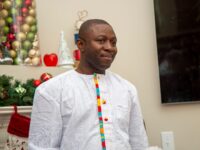 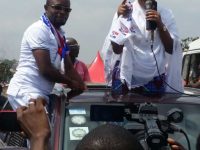 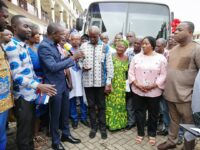