“Carlos Ahenkorah should be arrested, prosecuted and jailed for snatching ballot paper” – Yammin

“Carlos Ahenkorah should be arrested, prosecuted and jailed for snatching ballot paper” – Yammin

Former Deputy Ashanti Regional Minister Joseph Yammin has called for the arrest, prosecution and imprisonment of the Member of Parliament for Tema West Constituency; Carlos Ahenkorah for snatching a ballot paper and running in the august House and disrupting the process of electing a Speaker.

Vocal politician Joseph Yammin says the behaviour of the parliamentarian is disturbing and should be a matter of concern to all Ghanaians especially MPs who he has disgraced.

“Carlos should be arrested, prosecuted and jailed. The vigilantism Act criminalizes his conduct and the police should not just sit aloof. We don’t have laws for the ordinary man and a different set of laws for politicians” he insisted.

“If he can snatch ballot papers in the full glare of cameras, what is the difference between him and the young man at Sene who is in prison” he queried and asked the NPP and Parliament as an institution to sack him from Parliament.

He insisted that MPs as leaders had to set good Leadership examples for the masses. “How different is he from the guy at Sene who is in prison. It is time to crack the whip. If he is not arrested and subjected to the same treatment the young man endured for snatching a ballot box, it will mean his action had the backing of the leadership of the NPP headed by Nana Addo Dankwa Akufo-Addo” he said to. www.rawgist.com’s Bernard Buachi in an interview. 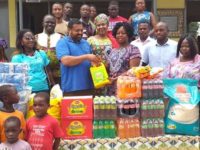