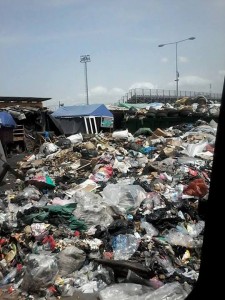 Residents of Asafo-Zion and Moonlight, all suburbs within the Kumasi Metropolis have expressed their gratitude to the Metro Chief Executive of Kumasi, Osei Assibey-Antwi for ensuring the mountainous refuse in their areas were cleared.

According to the residents, the stench that emanated from the heap of debris had affected the kind of air they breathed at the two sites.

They claimed several calls they made to the Assembly had fallen on deaf ears, adding they were very happy that the new Mayor had reacted to their pleas in a swift manner.

The huge heap of refuse had been at the sites for close to four years and had become virtually impossible to pass there without inhaling bad air.

CHALLENGES:
In a chat with the Ghanaian Observer Newspaper,  Opanin Akwasi, a middle-aged man and resident near the Asafo-Zion School said his children had problems breathing properly anytime they went to the refuse dump.

According to him, he feared an epidemic would one day strike the area since some strange flies had started gathering around the site.

He expressed delight at the pace of work by the Zoomlion team that evacuated the debris and commended the Environmental Sub-Committee at the Kumasi Metropolitan Assembly for owing up to their promise to clear the debris.

A vendor with one of the telecom companies, Brother Sammy commended the KMA for the swift action and pleaded that they turn the place up for something else than a refuse dump.

KMA/ ZOOMLION OFFICIALS:
In a brief remark, Nana Yaw Wiredu, Ahensan-Estate Assemblyman and Environmental Sub-Committee convener  who deputized for the Mayor reiterated the commitment of the KMA to ensure filth and refuse are cleared from all electoral areas within the metropolis.

He, however, cautioned residents to dispose-off refuse in their designated points rather than waiting to throw refuse anyhow under the cover of darkness.

On his part, Kofi Sekyere Boateng, Regional Manager for Zommlion Company Limited expressed great relief for being able to clear the heap of debris that were in the areas they visited to work.

Flanked by the Operations Manager, Eugene Amo Asamoah, they assured the KMA of Zoomlion’s commitment to partnering the Assembly to get rid of filth in the metropolis and also ensure proper sanitary conditions for Kumasi. 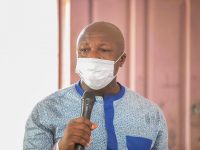 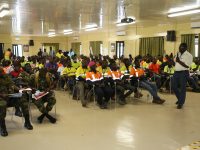 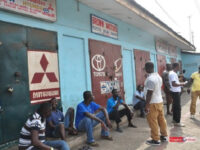