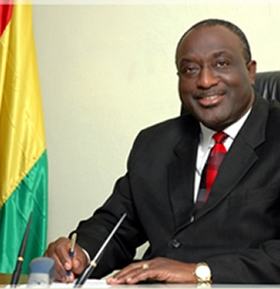 Ghana News-Government says it is unable to tell exactly when any of its factories under the One District One Factory (1D1F) policy will be completed.

Trade Minister, Alan Kyerematen, told Parliament Wednesday that the project will be led by private sector players, indicating that they would be able to provide the timelines for completion.

Mr. Kyerematen said 700 proposals have been received so far for the construction of various factories. 256 of these proposals will be considered for financial support, he revealed further.

He said government’s investments in each of the factories will not exceed 30% of the total cost of the factory.

A GHS 2.5 billion credit facility has been secured from various banks for those with good proposals, the Minister revealed.

Meanwhile, Mr. Kyerematen’s inability to tell when any of the factories will be operational has been construed by the Minority in Parliament as an indication of government’s lack of ideas about how to implement the campaign promise.

However, Mr. Kyerematen insisted the initiative is on course and will deliver the expected jobs.

Mr Kyerematen assured the business community that the government would continue to provide the right conditions and to facilitate access to finance and market under the 1D1F programme.

He said although the programme was designed to be private sector led, the government would identify both local and foreign financial institutions to give financial support to entrepreneurs under the initiative.

The Member of Parliament (MP) for Keta, Mr Richard Mawuli Quashigah and Mr Daniel Kwesi Ashiamah, MP for Buem had asked the questions.

Mr Quashigah wanted to know whether there was an implementation plan for the 1D1F policy initiative, and if so whether the Ministry would furnish the House with a copy.

Mr Ashiamah asked the Minister whether there was a standardised structural design for the 1D1F and who would be responsible for it, and the responsibility of the Government of Ghana in the 1D1F project.

The Minister said his ministry had developed a Concept Paper and an Implementation Framework to guide the implementation.

Added to these were the identification of Business Promoters for each project and the development of a Business Plan or Investment Memorandum for the selected project, the Incorporation of each District Enterprise Project as a private limited liability company under a public private partnership arrangement (PPP), or as a wholly privately owned company.

“All PPP projects under the 1D1F are to be managed by the private sector with a representation of government, only at the level of the Board,” the Minister said.

He announced that a Technical Support Group had been established at the Ministry for technical backstopping for the implementation of the projects.

The Minister said the cost of each project would range between $1 million and $10 million.

Equity contributions of both the government and the private sector would be used to leverage additional debt financing from local or foreign banks.

Government would also support farmer-based organisations in the form of extension services and access to credit.

Mr Kyerematen told the House that there were going to be a series of investor meetings for potential investors where investment memoranda prepared for the various District Enterprise Projects would be presented.

He promised to make a copy of the Concept Paper and Implementation Plan available to the House.

Touching on the issue of structural designs, he said the structural design for each factory was determined by the Business Promoters, taking into account the nature of the technology required as well as the environmental conditions within the vicinity of the factory.

To ensure that the structural design of the factories did not pose a threat to the survival of communities in and around the factory, officials from the Environmental Protection Agency, Community Water and Sanitation Agency, Ghana Standards Authority, Foods and Drugs Authority and District Planning Officers had been included in the District Implementation Support Teams.