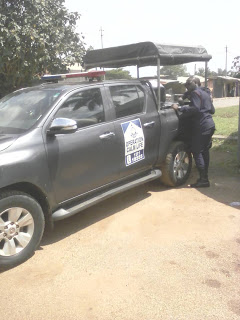 Thirty-four students of the University of Cape Coast (UCC) were on Saturday, February 29, 2020 arrested at the Kwame Nkrumah University of Science and Technology (KNUST) campus.

The suspects were rounded up at the university, during the climax of a hall week celebration by students of the Unity Hall of the KNUST.

Police said the suspects failed to explain why they were on the campus at midnight when they were rounded up and thus transferred to the Regional CID in Kumasi.

A statement by the Students Representative Council of the UCC on Sunday, 1 March 2020 also said it has “taken initial steps to ascertain the veracity of the situation.”

“Some executives of the SRC, together with the Atlantic Hall President, have visited the police and have begun engagements with the CID in charge of the case”, parts of the statement read.

“All students should remain calm to avoid further aggravation of the situation”, the statement further added.