Public health threats arising from epidemic, pandemic prone diseases and other public health emergencies continue to be a major concern in Member States of the African Region.

WHO says the current outbreak, with confirmed cases in Guinea, Liberia and Sierra Leone, was characterised by an intense community spread; community resistance; a high number of affected health care workers; and a wide and diverse geographical distribution that includes major urban areas such as Conakry, remote rural areas and cross-border areas.

From March to June, a cumulative total of 750 cases and 455 deaths have been reported in Guinea, Sierra Leone and Liberia.

An ongoing Emergency Ministerial Meeting on Ebola Outbreak in West Africa in Accra on Tuesday would therefore focus on ways to empower the Ministries of Health and ensure inter-sectorial involvement to the response at all levels.

To reduce the human, social and economic impact of Expert presentations in plenary and working groups on specific thematic areas will form the basis for the development of the operational response plan to the EVD outbreak in West Africa.

The ministers are also expected to obtain consensus from Member States and partners represented on the optimal way of interrupting the ongoing Ebola virus transmission in West Africa to reduce the human, social and economic impact of the EVD outbreak in West Africa for the current and future outbreaks.

Ministries of Health of Guinea, Liberia, and Sierra Leone have been implementing a series of preventive and control measures, which include regular meetings of the epidemic management committees; contact identification and tracking; case management; infection and prevention control; social mobilisation; and regular publication of situation reports.

In addition, the Ministers of Health of neighbouring countries have heightened their surveillance systems at points of entry and developed EVD preparedness plans.

The ministers are expected to share ideas and experiences with their colleagues in the sub region.

“WHO and partners continue to provide the necessary guidance and support through deployment of multidisciplinary teams of experts to support all response fields; deployment of mobile laboratories for early confirmation and monitoring of the outbreak; provision of catalytic funds through the African Public Health Emergency Fund and other sources; and high level advocacy for resource mobilization”. 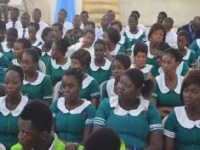