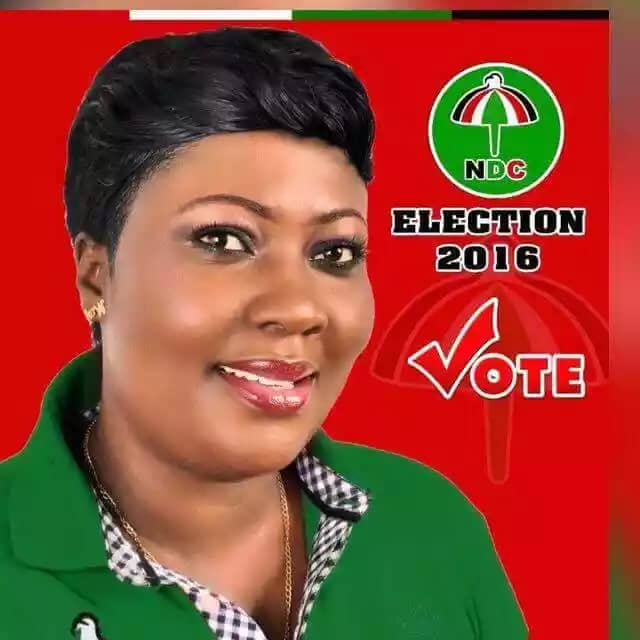 Ghana Politics News-Mary Awusi, the 2016 parliamentary candidate for the National Democratic Congress (NDC) in the Asante Akyem- North constituency has labeled the current Member of Parliament for the area as ‘miserably incompetent’.

According to her, the MP, Andy Appiah Kubi despite having his party in government and being a Deputy Minister has failed to commence any project in the community that could be traced as his contribution to the development of Asante Akyem North.

Speaking to Virgin City Radio in Agogo, the NDC fire-brand said the least the MP could do was to continue the projects that were started by the Mahama administration in communities such as Ananekrom, Onyimso and others within the constituency.

The Asante Akyem North constituency, Madam Awusi said cannot boast of one single project as having been initiated by Andy Appiah Kubi since winning the seat in 2016.

‘’My brother I can say without any shadow of doubt that Andy Appiah Kubi is a disappointment to the people of Asante-Akyem because he has done absolutely nothing to develop the communities in Agogo including his own home town’’, the NDC lady stressed.

Speaking on information she has received from some members of the Asante-Akyem North Assembly, Madam Awusi said the District Chief Executive lacks initiative.

The NDC lady accused Francis Oti Boateng for failing to start any meaningful development project in the District.

Rather than taking time to plan for development, Madam Awusi said the DCE is reported to be interested in ventures that will help him line his pocket with money.

Projects and contracts kick-backs, she noted is what the DCE is alleged to be deeply involved in at the District office.

‘’My brother, even though I do not work at the District Assembly office I am reliably informed by some assembly members that Francis Oti Boateng is engaged in corrupt practices at the Assembly and only monetary issues tickles his fancy as DCE’’, Madam Awusi revealed.

She said while Kwadwo Baah, the former MP could be excused for his little efforts when he held the fort, the current MP, Andy Appiah has his party in government to be able to do more.

But Madam Awusi said it is worrying that the current MP could be heartless to developing the community he comes from despite being a Deputy Minister.

‘’Hon Kwadwo Baah Agyemang, our former MP could not do more and he could be excused because the NPP was not in power in 2012 but for Andy Appiah Kubi to perform this abysmally when his party is in power can only be attributed to incompetence’’, Madam Awusi slammed.