I know where they are; they blast through the high masted loudspeakers of the information centre at Emena, early in the morning.

The102.9FM noise pollution coming through the blasting speakers probably contributes toward the poor health of residents, the learning difficulties of the local children and may be even causing birth defects in the newborn. The medical evidence of harm caused by noise is considerable.

The World Health organisation says “Noise Can Kill” and the Ghana Environmental Protection Agency (so called) says noise is a “Silent Killer”. The Headmistress of the Emena Basic School has said that many of the children in the school are “dull”. She referred to noise as a probable cause. I wonder if the owners of 102.9FM realise that they are adding to the noise pollution in Emena and the poor health of residents. Surely if people want to hear radio they can tune in and not have it forced upon them by home invasion.

I do not believe 102.9.FM is so desperate for listeners that they have to use force to invade people’s homes so early in the morning, having their sounds driven into residents’ bedrooms, ears, minds and bodies? I do not believe 102.9FM needs to whack people with noise to wake them up and then force them to listen to their programming.

But regardless what the intentions of 102.9FM are its programming is contributing toward noise pollution in Emena and is jolting people from their sleep and probably contributing toward harm to human health; courtesy of the information centre at Emena.

Lagos shuts down 70 churches 20 mosques over noise pollution – Kumasi Authorities, when will you take action to stop the noise harm? 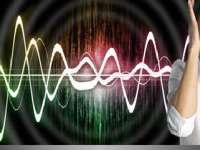