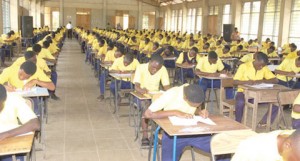 A statement signed and issued in Accra on Monday by the Head of Public Affairs at WAEC, Mrs Agnes Teye-Cudjoe said the subject results of 1298 candidates which is 0.28 per cent of the total candidature have been withheld for engaging in malpractice during the examination.

This, according to WAEC excludes the subject results of candidates who were detected by the Item Differentia Profile (IDP) software to have cheated in the objective tests.

According to WAEC, it was in the process of despatching the results to the schools through the Municipal/District Directors of Education but it has hosted the results online in the meantime, and that candidates who so desire may access their results online at WAEC’s website.

The statement explained that the figure of 468,060 candidates who wrote the exams this year is 1.53 per cent higher than that of 2016.

The candidates were from a total of 15,185 schools and the examination was administered at 1,702 centres.

Out of those who initially registered for the examination, 3,315 (0.71%) of the candidates were absent.

The statement said the Stanine grading system was used for the BECE with Grade 1 as the highest and Grade 9 being the lowest. “With this grading system, it must be noted that there are no failures in BECE.”

“The Council takes this opportunity to advise candidates to do independent work in the examination hall and to avoid seeking any form of illegal assistance as such acts would be detected and sanctions applied accordingly.”

“The Council wishes to express its deepest appreciation to all stakeholders especially the Ministry of Education, Ghana Education Service, Invigilators, the Ghana Police Service, Examiners and all who in various ways helped in the successful conduct of the examination and the timeous release of results.

I will fight illiteracy in my constituency-MP 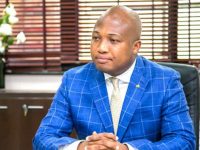 Moral decadence: most of us are guilty!