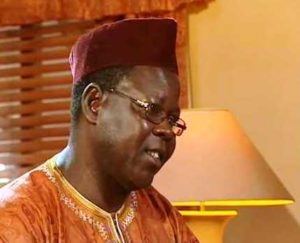 Anti-Corruption crusader Vitus Azeemis advocating the taxing of funeral and wedding donations, saying it is a sure way for government to raise more revenue. He is asking President Akufo-Addo and his economic management team to take a critical look at such occasions as sources of revenueand channel the amounts into poverty alleviation and social intervention programmes.

“The donations are gifts and need to be taxed; Incomes of the bereaved family members and the wedded couples as well as the incomes of huge donors at these events need to be investigated as well for tax potential,” Mr. Azeem who is Executive Director of Non-Governmental Organisation Centre for Budget Advocacy Ghana said.

The Executive Director explained that Ghana’s corporate and marginal tax rate of 25% is too low and needs to be reviewed upwards. “We must raise tax rates, introduce new taxes and remove or reduce harmful tax concessions and exemptions;the rich must be willing to and made to pay for the poor and the tax collectors must be more honest or be punished for dishonesty,” he explained.

Mr. Azeem cautioned the NPP government against plans to lower taxes as contained in the party’s manifesto. “I would like to point out that I do not support the NPP government’s decision on some of the so-called ‘nuisance taxes,’” he said.

It will be recalled that the NPP government recently scrapped the 17.5% VAT on domestic flights and financial services, introduced a 3 percentVAT Flat Rate Scheme for wholesalers and retailers instead of 17.5 percent, abolished 1% Special Import Levy, among others.

He pointed out that from past experience, the scrapping or reduction of these taxes do not lead to any relief on tax payers. “They are not targeted at poor and low income earners and possibly have unintended effects. They will benefit the haves in society, including the businesses whowere promised the relief.They are not nuisance taxes and can bring in a lot of revenue.They have a relatively high revenue yield potential,” Mr. Azeem said.

He challenged assumptions that stringent tax rules will impede promotion of the private sector as it is levied on profit, insisting it is also not a cost on production as some business players try to portray it.

Mr. Azeem expressed concern about the abuse of the country’s tax system and called for those who do that to be dealt with according to the country’s laws.

Mr. Azeem challenged government to take revenue mobilization more serious as the sure way to help develop the country. “Mobilization of domestic revenues through taxation is the way to go in financing of social protection interventions in Ghana;It is the most desirable, feasible and sustainable option to finance social protection,” he explained.