Mr. Joseph Yammin who was speaking on Abusua FM on Wednesday morning explained that there are many triggers of terrorism all of which are evident in this President’s administration. He named some of the triggers as bad governance, unemployment, and the clash of civilizations. He explained that these triggers, when ripe, causes people to come together to fight for their rights; a situation he says has the potential to breed terrorism.

Mr. Yammin accused the President of deliberately keeping mute on the LGBTQI+ issues being discussed countrywide in his recent State of the Nation address. He said the President’s silence was a tacit endorsement of the activities of members of the LGBTQI+.

He said the LGBTQI+ community has offices and not a single office in Ghana.

“When the President was confronted with the issue of vigilantism, he stated his position in front of the Asantehene but also went ahead to mention it in his State of the Nation address. Why is this one difficult for him? Why can he not lay a bill before Parliament to defend the culture and sentiments of the people of Ghana”.

“We in this part of the world reject the sexual orientations represented by the LGBTQI+ community. When we allow other cultures to impose their culture in us and force us to accept something we reject, that is a clash of civilization”, he insisted 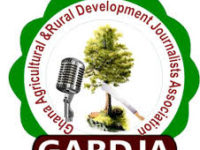 PPP hints of merger ahead of 2016 elections 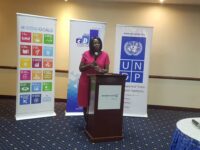 Peace is vital to attainment of SDGs, we will support peace building efforts-UNDP