General Secretary of the ruling National Democratic Congress; Johnson Asiedu Nketia has announced an extension to the deadline for filing of nominations for people who wish to contest various seats in the Ashanti region.

The General Secretary who was speaking at a ceremony to outdoor the Ashanti regional batch of the party’s biometric membership cards explained that the one week extension given to the region is for the sake of fairness as the region has been caused a week’s delay in all party activities.

He also announced that since the beginning of the biometric registration of NDC members, the Ashanti region is so far the third highest in terms of registered members with the Volta region leading the pack.

General Mosquito cautioned that the party will deal ruthlessly with any one who tries to forge a party card or use one fraudulently for any means explaining that there are several security features.

He encouraged party faithful to endeavor to win souls for the NDC. In this video, he explains how the NDC can get its targeted one million votes in the Ashanti region:

For his part, the Ashanti regional minister, Peter Anarfi Mensah outlined several development projects the Ashanti region has benefited from and expressed confidence the party has endeared herself into the hearts of the people. 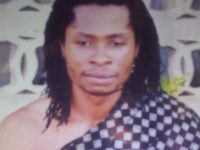