You would have to be desperate to take a sample of your husband’s excrement, liquidise it in a kitchen blender and then insert it into your body with an off-the-shelf enema kit. This article contains images and descriptions which some might find shocking.

In April 2012, Catherine Duff was ready to try anything. She was wasting away with crippling abdominal pains, nausea, vomiting and diarrhoea so severe she was confined to the house. At 56, in the US state of Indiana, she had come down with her sixth Clostridium difficile infection in six years.

“My colorectal surgeon said: ‘The easiest thing would be to just take your colon out.’ And my question was: ‘Easier for whom?'”

Appalled at the idea of losing her large intestine, Duff’s family feverishly searched for alternative treatments on the internet. One of them turned up an article about a doctor in Australia, Thomas Borody, who had been treating C. diff with an unusual process known as faecal transplant, or faecal microbiota transplantation (FMT).

Clostridium difficile is an obnoxious microbe, usually kept in check by other bacteria in our guts. Problems arise when antibiotics remove some of these “friendly” bacteria, allowing C. diff to take over. One doctor compares it to the hooligan on the bus who is prevented from doing any harm by the sheer number of people on board. A course of antibiotics is equivalent to some of these people getting off at a stop, allowing the hooligan to run wild. About 50% of a person’s faeces is bacteria, and a faecal transplant is like a whole new busload of people – the friendly bacteria – being hustled on board.

It’s an emerging, but not new treatment. Chinese medicine has recommended swallowing small doses of faecal matter for some ailments for 1,500 years. It’s also a treatment option in veterinary medicine. In 1958, a Denver surgeon, Ben Eiseman, used faecal transplants to treat an inflammation of the colon. He wrote the procedure up in a journal article, which, years later, inspired Thomas Borody to try the radical treatment on patients with C. diff. Now the head of the Centre for Digestive Diseases in New South Wales, Borody has recorded some striking successes.

Duff showed the article about Borody to her gastroenterologist, her infectious diseases consultant and her colorectal surgeon. But none of them had performed a faecal transplant and none was willing to try. When Duff said that she intended to administer the treatment herself with her husband’s faeces, the gastroenterologist agreed to send a sample away to be screened for disease.

After they received the all-clear to use the stool, it was Duff’s husband John that donned plastic gloves and assiduously followed the instructions they found online. He was no doctor, but as a retired submarine commander Duff considered him equal to the task.

“He was in the habit of spending months at a time in a metal tube with over 100 men,” Duff says. “As a result, nothing grosses him out. So he was the one that made the donation, and then mixed it in a blender with saline, and then he gave it to me in an enema.

“My husband kissed me after I lay down and told me not to worry, that everything was going to be OK, and that it was going to work.”

Then he threw away the blender.

Duff lay on her back with her legs in the air, trying to hold the foreign material in her body. She lasted four hours before needing to go to the toilet. They started the process at 16:00 in the afternoon. By 22:00 that night she felt almost completely better. “And I had been literally dying the day before,” she says. “I was going into renal failure – I was dying.”

Lots of people die from Clostridium difficile. In the US, the figure is estimated by the Centers for Disease Control and Prevention to be 14,000 per year, while in England and Wales, 1,646 deaths from C. diff were recorded in 2012.

Even though antibiotics cause the disease, most patients are cured by more antibiotics. But for some, the problem returns after every course of drugs, as it did for Catherine Duff.

There is growing recognition that faecal transplant is the best way to treat patients like these. In the first randomised trial of the technique published in the New England Journal of Medicine last year, 94% of patients were cured by the treatment, whereas a course of antibiotics cured just 27%. The disparity was so huge that the researchers stopped the trial early, on the grounds that it was unethical to deny the better cure to the cohort assigned antibiotics.

Dozens of other trials involving faecal transplants are either in progress or have recently been completed. Dr Ilan Youngster was one of the authors of a pilot study, published in April in the journal Clinical Infectious Diseases, which found that using frozen faecal samples, administered “top-down” through a tube in the nose, was as effective as using fresh samples in a “bottom-up” procedure.

Youngster admits that even when frozen, faeces have a slight smell. “It’s not a very pleasant treatment, especially from a psychological point of view,” he says. “But we have yet to encounter a sick person with C. diff who has refused this treatment. It’s a horrible disease. We had a patient with cancer that contracted C. diff and he said ‘If I could get rid of one of these two diseases, please get rid of the C. diff.'”

In the US, the FDA (Food and Drug Administration) has puzzled over how to regulate faecal transplant, but some doctors do offer the treatment, usually by colonoscopy. Catherine Duff, who set up the patient advocacy group the Fecal Transplant Foundation at the beginning of 2013, originally listed 19 providers on her website. Now there are about 75.

But she says that’s nowhere near enough and people are dying because there is no provider close to their home. “Even if those doctors did nothing but faecal transplant, 24 hours a day, seven days a week, they couldn’t meet the need,” she says.

Dr Alexander Khoruts at the University of Minnesota says clinics are concerned that offering faecal transplant could scare other patients away, as the smell is unmistakeable. “Imagine blending stool in a clinic space – the aesthetic problems with that are not trivial. When you click on the ‘blend’ button and the surface area of that faecal material increases thousands of folds in a matter of seconds, it is quite potent.”

The difficulty of getting to a clinic that offers faecal transplant and abundant availability of free faeces explains why many continue to opt for what Duff and her husband did in 2012 – a self-administered transplant. She estimates that for every procedure that takes place in a clinic, scores more occur in bedrooms and bathrooms around the US.

A website, The Power of Poop, is full of tips and personal stories to help people with their first at-home faecal transplant, and a Facebook group under the name Sally Brown shares advice from patients who have immersed themselves in the science of gut microbiota.

Alongside the science there is humour, and Duff’s Fecal Transplant Foundation is planning to bring out a range of merchandise including sweatshirts, beverage holders, baseball caps and bumper stickers with “unique and possibly hysterically funny slogans” alongside the foundation’s awareness-raising brown ribbon.

Most DIY faecal transplant patients are, in fact, not suffering from C. diff, but from a range of other diseases that they believe the procedure will help, and which doctors are not willing or allowed to treat with faecal transplant. They include conditions that would appear to have very little to do with gut bacteria – including MS, autism, and diabetes – but the most common ailments treated are the inflammatory bowel diseases Crohn’s and ulcerative colitis.

The efficacy of faecal transplant on these diseases – which around 1.5 million people suffer from in the US – is uncertain. Dr Elaine Petrof, an infectious diseases specialist at Kingston General Hospital, Ontario, says that for C. diff sufferers, taking antibiotics is like throwing gasoline on a weed-ridden lawn. “What you’ve done is you’ve killed the weeds but you’ve also killed the grass. So you’re now left with a charred, barren, destroyed piece of land and you have to put seeds back on there to get stuff to grow again or the else the weeds will just come back.”

She goes on: “With Crohn’s disease it’s different. Now you’re dealing with another garden full of weeds, if you like. So then you’re trying to replace a bad ecosystem that’s already taken hold with another ecosystem. That’s got to be much trickier and more difficult to accomplish.” 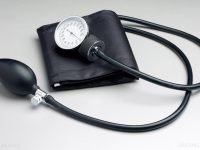 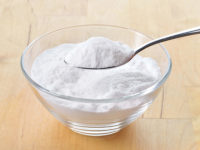 Drinking baking soda could be an inexpensive, safe way to combat autoimmune disease 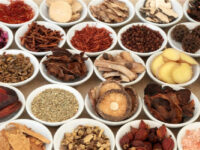 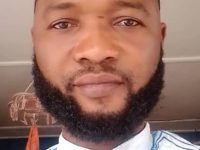