The police in the Eastern Region have intensified investigations to unravel the circumstances surrounding the death of a couple and their three children at Yawkyeremakrom in the municipality.

While the police are investigating the case, residents of Koforidua in the New Juaben municipality in the Eastern Region are yet to come to terms with the sad end of the family of five last Wednesday.

Ever since the story broke on Wednesday, it has dominated all discussions in the municipality. At the various newsstands, scores of people are usually seen either looking at the pictures published in sections of the media, particularly the Daily Graphic, or asking questions.

Some of the people are of the belief that Akwasi Asare, the 50-year-old husband, killed his wife and their three children, after which he committed suicide.

Others are also of the view that somebody might have poured the acid on the victims.

At the Freedom Stores area around the Koforidua Market, where Asare’s wife, Mama Jane, sold second-hand clothes, some of the market women described her as a jovial person who was interested in the upbringing of her kids.

Akosua Kyerema, who claimed to be a friend of Mama Jane, expressed shock and dismay at her death and described the incident as sheer wickedness.

Yawkyeremakrom was thrown into a state of shock when a family of five were found dead in their room in what some residents believed was an acid attack.

News of the horrific occurence spread through Koforidua like wildfire, with the scene of the incident attracting scores of people.

The three children were Ela,15; Edmund,13, and Ohene, seven.

Meanwhile, the New Juaben Police have begun investigations into the incident, while autopsies on the deceased are persons yet to be performed. 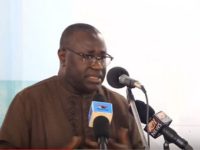 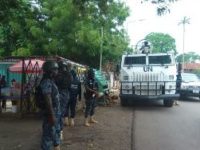