The Ghana Police Service is investigating the circumstances under which a restricted police wireless message indicating that hip-life musician, Castro, has been found alive and on admission at a hospital in Togo, was leaked to the public.

Castro was reported to have drowned in the Volta River on July 6.

The Acting Director of the Police Public Affairs, DSP Cephas Arthur, in an interview with NEWS-ONE on Wednesday evening said the wireless message was not meant for public consumption and that whoever leaked it acted unprofessionally.

He would however not state categorically whether Castro had been found at the said hospital or not: “It is not as if Castro has been found or not been found. It is a lead we had and we are working on it. What we are doing now is to work on the lead and also investigate how the restricted police wireless message leaked.”

In a separate interview with Sammi Anim Addo, Asamoah Gyan’s manager, he said, “We were praying it would be true so we were ready to move to Togo immediately when we were told to hold on and that some further checks had to be done. But we first believed it and were excited,” Mr. Addo explained.

The police wireless message was categorical that the name of the person on admission at the said Togo hospital was “Theophilus Tagoe aka Castro”.

It however did not make mention of Janet Bandu’s whereabouts.

Though it did not state how Castro got to the hospital, it sparked speculations that he was found by a Good Samaritan at Lome, while lying hapless and half dead on the Lome beach after he was supposedly washed ashore. 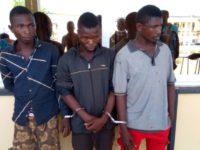 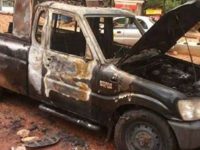 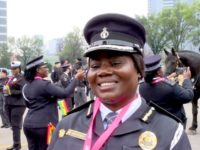 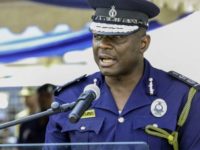 Aflao youth cry against the transfer of Police Commander