The National Treasurer of the New Patri­otic Party (NPP), Kwabena Abankwah-Yeboah has filed a suit at an Accra Fast Track High Court against the editor of al-Hajj newspaper, Alhaji Bature Iddrisu, for libel.

The treasurer is claiming Ȼ1 million as aggravated damages from Alhaji Bature as well as Harzet Company Limited, publishers of the al-Hajj newspaper for ‘loss of reputation.’

According to the plaintiff, who has Gary Nimako Marfo of Safo & Marfo @ Law as his counsel, the defendants had accused him in a publication that he operated a secret bank account belonging to the NPP but could not account for the proceeds.

Mr. Abankwah-Yeboah is seek­ing a declaration that the banner headline of Thursday, August 13, 2015 in the al-Hajj – “Police probe: NPP Treasurer confesses – Ȼ6 million in ‘secret account,” is defamatory.

He wants a further declaration that “the publication by the defendants that the plaintiff cannot properly account for nearly Ȼl million belonging to the NPP is defamatory” and was “without any justification or probable cause.”

“A declaration that the entire publication of the defendants about the plaintiff is libelous as same was published without any lawful, reasonable or probable cause,” the plaintiff sought.

He is also seeking an injunction to restrain the defendants from further publishing defamatory stories about him and an order directed at the defendants to retract and apologise for the publication in the same prominence as the original story.

According to Mr. Abankwah-Yeboah, the defendants had said in the publication that nearly Ȼl million out of the Ȼ6 million could not be properly accounted for and that some of the party’s finance committee members were pushing for the case to be reported to the CID since it was a criminal offence.

The plaintiff is averring that he “understands the banner headline to mean that he is somebody who is criminally minded and has secretly kept funds meant for the NPP with­out the knowledge of the executives of the party.

“The plaintiff understands the assertion that Ȼl million cannot be properly accounted for by him to mean that he has embezzled party funds thereby warranting investigation to be conducted by the police as it’s being alleged by the said publication.”

The plaintiff is insisting that the entire publication is ‘false’ and that he is not under any police investiga­tion/probe for embezzling funds meant for the NPP, adding that the party has no secret account and as the National Treasurer, he is the custodian of the party’s funds and is obliged under the constitution of the party, to account for his stewardship to the stakeholders of the party at the end of his tenure of office.

He further said he had never been arrested or invited by the police to assist in any investigation in respect of any secret account or alleged embezzled Ȼl million funds belonging to the NPP. 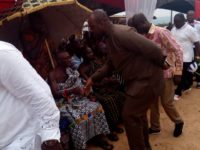 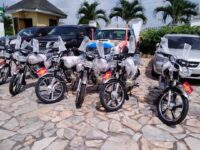 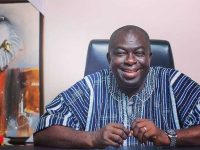