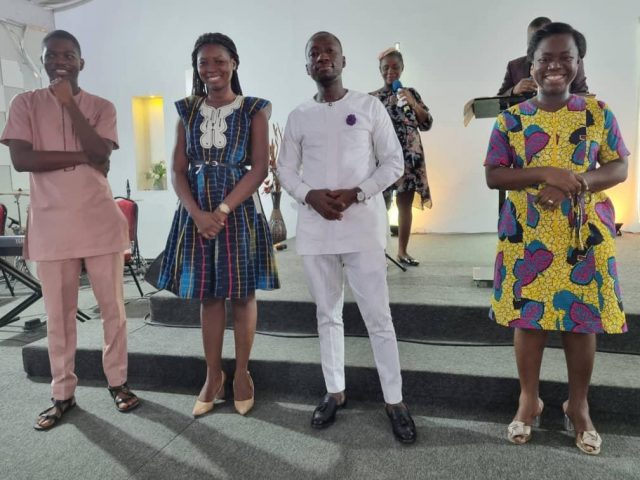 House of Faith Ministries (HOFM), Jesus Haus branch has launched its Medical team to attend to some health needs of the members and persons in the Alogboshie community in Accra, where the church is situated.

The launch which took place on Sunday morning was to introduce the team to the church members and get the team prepared for their upcoming Free Health Screening in the community.

The team would also periodically educate and inform the membership on some selected health issues like breakout of epidemics, pandemics and illnesses like malaria and it’s related illnesses that are usually not considered dangerous but have been noted to be main cause of deaths among Ghanaians.

Senior Pastor of HOFM Jesus Haus, Rev. Joshua Dzramado who launched the team noted that it has been the desire of members of the team to serve not only Jesus Haus members but the Alogboshie community.

He told this journalist later in an interview that for the church to be powerful, efficient and relevant in the society, there is the need for its contribution to be felt by the community, “that’s why we are beginning with this health team”.

“There are a lot of plans we have for the church members and the Alogboshie community where we are situated, so starting from this Easter, we are going to engage them a lot to make them feel our presence here,” he noted.

Jesus Hause which is only one year old in the Achimota suburb, has reached out to the people with the “Good News” on several Occasions, planning to even do what they call “Home to Home Prayer outreach” in the week of Easter.

Rev. Dzramado, who loves to be called Steward Josh explained that for two days in the days leading to 2022 Easter, the whole church would go from house to house praying for people in the community.

The Health team would be leading the church in its Free health screening where 500 people have been targeted for screening for various illnesses.

Leader of the health team, Lady Hannah Dzramado noted that the team is ready both physically and spiritually to attend to the health needs of the church members and the people in the area.

She revealed that a hotline would be announced soon to enable persons in need of health aids to call for first aid and necessary health information and directions.

“We health practitioners can do all we want, but total healing is of the Lord, so in as much as we have been praying, we also want to call for your support in prayer,” she said.