United States of America Supreme Court ruling on the legalization of gay marriages in all the fifty (50) states has become a major topic of discussion across the world.
Some African countries like South Africa, Mozambique, Cote D’voire among others have decriminalized homosexual acts. However, In Asia, the act is punishable by death in Brunei, Pakistan, Bangladesh among others while in some countries, homosexuals are sentenced to life imprisonment when caught in the act.
The US Supreme court declaration has attracted mixed reactions from people around the world. Some religious leaders like Louis Farrakhan, T. D Jakes have highly criticized President Barrack Obama’s decision to support the call. Others also say it is best to legalize gay marriages. Will other countries follow suit?
This report explains more about same sex marriage.

When cultural values clash with human rights:The case of the homosexual debate 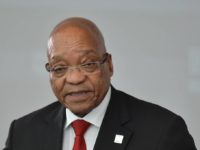