Government and Labour will later Thursday re-open crucial negotiations over hiked utility and petroleum prices, after nationwide demonstrations yesterday. Previous meetings have concluded without a deal.

Government has been unable to grant these demands.

However, Wednesday’s mammoth demonstrations across the country seem to have driven home Labour’s message.

Employment and Labour Relations Minister, Haruna Iddrisu, told Joy News new proposals to Organised Labour will get them to back down on further industrial action.

Over 500,000 public sector workers have planned to stay away from work for two days to press for their demands.

Haruna Iddrisu is confident Thursday’s meeting with the agitated workers will avert any action.

“In terms of the [utility] tariffs, we may be able as a government to accommodate a certain portion of it. The Public Utilities Regulatory Commission (PURC) is currently working up its numbers with the Ministry of Finance and the Ministry of Power,” the Employment and Labour Relations Minister said.

He urged Labour to come to the negotiation table at 1400 hours with a resolve to reach a deal.

“But we certainly will not outright reject their [Organised Labour] claims and in respect of the PURC, making a clear distinction between lifeline consumers and those at the top end we should be able to make some adjustments,” said Haruna Iddrisu.

Meanwhile, General Secretary of the Industrial and Commercial-Workers Union, Solomon Kotei, says a decision to call off the planned two-day strike will be determined after Thursday’s meeting.

The ICU General Secretary also appealed to members not to take the law into their own hands.

His call come in the wake of threats by the leadership of Labour in the Ashanti Region to call a strike Thursday, even before the Government-TUC crucial meeting.

The Ashanti Region witnessed one of the most crippling protests as thousands of workers laid down their tools to joins the demonstration on Wednesday. 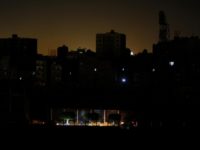