The University of Cape Coast (UCC) branch of the Federation of University Senior Staff Association (FUSSAG) has begun a housing project at Dwirakyim in the Komenda-Edina- Eguafo-Abrem Municipality for its members.

“The FUSSAG Village”, being developed on a 200-plot land, already been sold out to members, would consist of three bedroom flats at the cost of GH? 70,000.00 per unit, on demand basis.

Expected to be completed in one year, the project is being pre-financed and constructed by A.K.A Consult, while interested members would pay through a 10-year mortgage plan.

The Chairman of the branch, Mr. Daniel Arthur Egyir, speaking at a sod- cutting ceremony, at the weekend, said the idea, conceived two years ago, was aimed at reducing the accommodation burden on the university’s management.

He said it was also to create an opportunity for members of the Association to own houses by the time they retired from active service.

Mr. Egyir said the first phase was the acquisition of the plots of land and their subsequent sale to members, adding that 40 of such members had so far subscribed to the project.

Prof. John Nelson Buah, Pro Vice Chancellor of UCC, who broke the grounds for start of the project, commended the association for the initiative and underscored its importance to both the university and FUSSAG members.

Dr. Kweku Gyasi Badu, Deputy Registrar of the Division of Human Resource, UCC, who chaired the function, also commended the association and charged the developers to deliver quality work and also work within schedule. 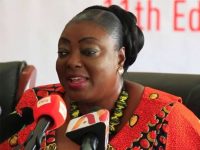 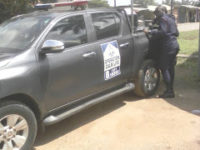