4 Policemen in Kumasi were Monday arrested and detained for extortion.

Three other suspects, OTEC FM found out, robbed him of a mobile phone, undisclosed amount of money and other belongings.

The four allegedly extorted money from one Togolese complainant [name withheld] when he went to lodge a complaint at the Zongo police station.

The Togolese, according to information available to OTEC FM,  engaged the services of a commercial sex worker at Asafo BB. There was later confusion between the two over the agreed service charge. The sex worker then called two young men who came and attacked the Togolese and robbed him of his bag containing several items and some amount of money.

In his bid to lodge a complaint with the Zongo Police, he encountered the four Policemen who were on Patrol duties at the time.

After his complaint, they accompanied him to the crime scene and effected the arrest his attackers.

On their way back to the station, the Policemen who had already taken GHC50 from him under the pretext of buying fuel for their vehicle demanded another GHC100. He paid after his plea for a reduction fell on deaf ears.

After taking the money, OTEC FM sources disclose that the Police stopped a cab for the complainant and asked him to take the suspects to the Central Police station himself. On their way, another gang crossed them in a taxi and freed the suspects.

The complainant then placed a call to the office of the Togolese High commission in Ghana who in turn called Ghana Police to ascertain details.

Currently, the four policemen detained at the central police station have been released on bail while the case is still pending investigation.

The suspects who were reportedly freed have been rearrested. 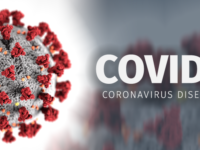 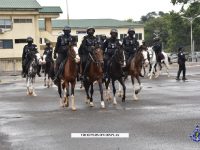