Ex-board member of Glorious Accra Hearts of Oak; Alhaji Fawaz Zouk has apologetically and sympathetically confessed he is shocked at the outstanding and sterling output of Japanese-American coach, Kenichi Yatsuhashi.
Speaking from his base far away in Lebanon, the astute former board member of the Oak family showered a lot of praises over the Japanese-American tactician for changing fortunes of the club in the ongoing Ghana Premier League.

In an exclusive interview on Kumasi-based Otec fm, “The coach has really proved us wrong and up till now I can say he has lived up to expectations”.

“When there is credit for somebody, you need to give it. He has really shocked me and a lot of supporters in the club” he frantically declared.

With three wins and a draw in four matches played so far is a feet which have not been realized for the past seven seasons and this according Alhaji Fawaz, is the doing of the board, management, technical and supporters.

“It is a very good performance, I don’t remember the last time we won three matches and drew one at the beginning of a season. In fact the players have shocked me, the technical team have also shocked me and I hope this will continue”.

Sarcastically, the ex-board member of the Phobian fraternity advised supporters and sympathizers to continue their unflinching support for the club by trooping into the stadium in their numbers and also, exercise patience in times of turmoil because the managers have so far proved all of them wrong.

Hearts of Oak will lock horns with Inter Allies in their GPL week five encounter on Sunday away at the Tema Stadium. 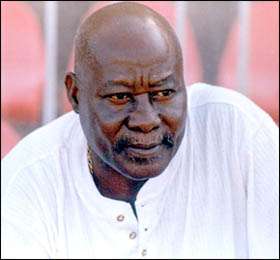 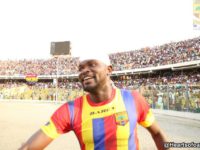