Head of the Department of History and Political Science at the Kwame Nkrumah University of Science and Technology Dr. Richard Amoako Baah is of a firm belief that some people in the New Patriotic Party (NPP) have an agenda to execute in the party.

According to him, some members in the party are not ready to reconcile their differences because they have an agenda to destroy some of the leaders in the party.

Speaking on an Accra-based radio station, the lecturer raised concerns about how internal party affairs always find its way in the media.

He said some people have demonstrated that they are not interested in the unity of the party because they benefit from the factionalism in the NPP.

The lecturer raised this concern after a recorded audio leaked from a meeting former President Kufuor held in his residence to commence his effort to restore peace and unity among the party hierarchy by inviting the leadership of the party including flagbearer Nana Akufo-Addo and his running mate Mahammadu Bawumia, National Chairman of the Party Paul Afoko and General Secretary Kwabena Agyapong.

Some religious leaders including Moderator of the Presbyterian Church of Ghana Rev. Prof Emmanuel Martey, Metropolitan Archbishop of Accra, Bishop Palmer Buckle and Pastor Mensah Otabil among others were present to help calm tensions down.

Dr. Amoako Baah, who added his voice to the call for the ex-president to intervene has expressed his disappointment with the turn of events, stating that the NPP has shown that they cannot settle their own internal issues.

“NPP will have no peace if the detractors in the party do not stop their behavior. How do you rule this country when, of course, you find it so hard to settle your internal issues” he quizzed.

The mistrust and suspicion in the party keeps heightening as many executives complain about how outcome of executive meetings are leaked to the media by some leaders suspected to be working against the interest of the party. 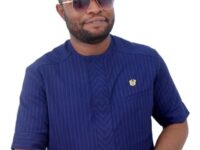 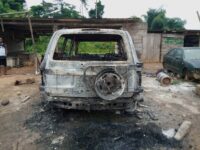