Court sets May 30 to rule on Aggudey’s case

An Accra Fast Track High Court has fixed May 30, 2014 to rule on an application filed by George Aggudey, seeking to overturn an earlier Circuit Court ruling which sentenced him to three months imprisonment.

The 2004 Convention People’s Party (CPP) presidential candidate is being sued by the Social Security and National Insurance Trust (SSNIT) for failing to pay the SSNIT contributions of his workers at GOCREST security company limited.

According to SSNIT in their law suit, Mr. Aggudey failed to over the years, pay deductions of employee salaries of 5% and the employers matching funds of 12% to SSNIT towards the pension of his workers.

It was against that backdrop a Circuit Court presided over by the presiding Judge, Mr. Justice Osam issued a bench warrant for the arrest of Mr. Aggudey who failed to appear in court after being summoned. Mr. Aggudey’s legal team quickly filed an application for stay of prosecution at the Accra Fast Track Court seeking to overturn the earlier court ruling which necessitated his incarceration.Hey,
Mr. Aggudey’s lead counsel, Lawyer Kwaku Ansah Asare on Thursday May 8, 2014 argued that his client was denied fair trial which led to his wrongful  conviction.

He pleaded with the court to engage the services of an audit or accounting firm to reconcile the accounts of GOCREST security company Limited and that of SSNIT to prove beyond reasonable doubt that Mr. Aggudey’s earlier conviction was right.

Lawyer Kwaku Ansah Asare maintained that his client was innocent until proven guilty by the court after reconciling the accounts of GOCREST security and that of SSNIT.

He further prayed the court to circumscribe the matter in contention within the period Mr. Aggudey was prosecuted for owing SSNIT.

Counsel for SSNIT, Akoto Baffour, rejected Mr. Aggudey counsel’s submission and prayed the court to dismiss the accused application for stay of prosecution and compel him to pay in full his indebtness to SSNIT. 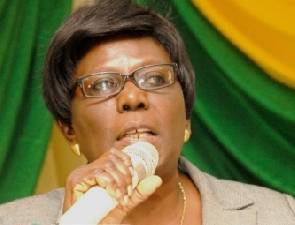