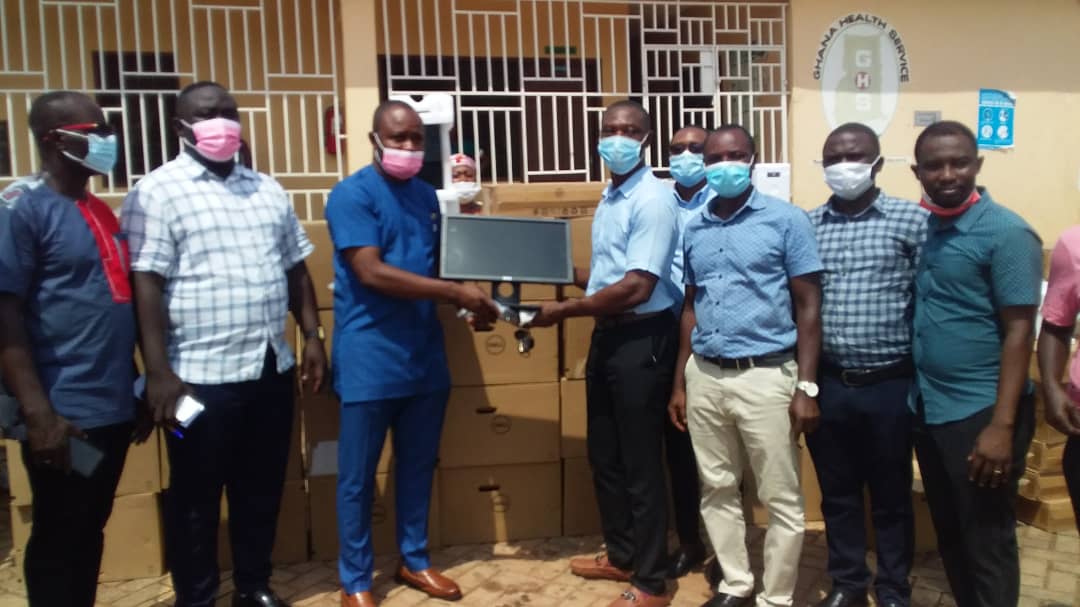 The MP at the same location also presented 40 desktop computers and its accessories including Universal Power Systems (UPS) to four (4) schools within the constituency.

At a brief presentation at the precincts of the Health Center, Hon Amankwah said his desire is to do his part to make the constituency a prosperous one.

He pledged his commitment to lobbying for more development projects for the constituency even as he takes a break from Parliament for the next four years.

‘’I urge both officers from the health as well as the education directorates to take care of the items presented and to also show proper appreciation to this government by ensuring they vote to retain Nana Addo Dankwa Akufo-Addo, the presidential candidate of the NPP in office for the next four years.

Abusuapanin Nana Dabo, representative of the Chief of Buokrom thanked the MP for the gesture.

Madam Harriet Akoto Nsiah, Deputy in-Charge of the Buokrom Health Center noted that the show of generosity has been the hallmark of the two-term legislator, revealing that the hospital got its first ambulance from the MP before the community got one from the government recently.

She also disclosed that the MP had been at the facility to donate several items including consumables and noted that during COVID-19 the MP delivered many supplies of PPE to the facility.

Mr Samuel Koduah, Representative of the four schools and tutor commended the MP for his thoughtfulness.

He assured that the directorate would take good care of the computers so that it will last them long at the schools ICT laboratories.

This formed part of the series of the market to market as well as the electoral area to electoral campaign the MP started almost three weeks ago.

Explaining the voting process to the market women and male traders, Hon Amankwah said it is important that persons who go to cast their ballots make sure they thumbprint them well before putting them in the ballot box.

He said the NPP candidates are placed on top of the list of candidates and occupy the number 1 spot everywhere, adding that bold mark with the thumb at the space provided would mean a proper vote has been done.

‘’When you get to the center ensure that your ballot paper has been stamped and thereafter get to the booth and place your thumb in the ink and thumbprint it at the space provided after the party’s symbol on the first place on the sheet and bingo one more for Nana Addo would be done’’, the MP shouted to deafening applause from the market women. 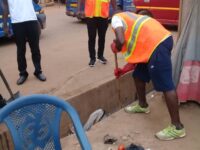