In organizational behaviour, when ones believes contradicts with his/her actions that particular individual finds himself in a dilemma, such dilemma is what we call Cognitive Dissonance.

For example, A pastor who has been employed by a Cigarette company as a marketing manager, the bible talks against drugs and ask Christians to abstain from it, meanwhile if the Pastor does not work he will not be able to survive.(In a Dilemma)

Such situation is what the NPP finds its self in it today.

The NPP as Capitalist as they claim to be in 2012 used ” FREE SHS” which is a purely Social intervention policy as their only campaign message, by this it means that their believes are contradicting with their actions and that was the reason why they couldn’t explain it better as to how they were going to execute it and Ghanaians rejected it.

Today,July 2016  they have not been able to come out with their campaign message, just for Nana Addo to come and say ” One District, One Factory”.

Irrespective of the fact that it is not feasible and again I know for sure that they can not cost it, the policy itself as Social as it is contradict with their believes as capitalist minded individuals.

Ghanaians should not expect any message from the NPP because they will not have any message by November 7, this is because any message they will try coming out with will be a Social intervention policy which will contradicts with their believes in capitalism.

So far as the NPP remains capitalist they will never get a campaign message that will be feasible and inline with their believes in a Sub Saharan country like Ghana.

Can we say they are Confused ? 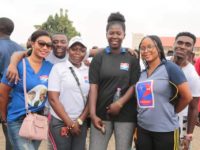 “We have confidence in Lomokie”-Ashanti Loyal Ladies declare 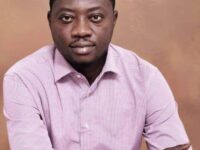