The Police Criminal Investigations Department (CID) is investigating the first vice chair of the New Patriotic Party (NPP) Freddie Blay and the party’s Treasurer Abankwah Yeboah for an alleged diversion of party funds.

According to a Police invitation letter extended to the two executives, they have expended party funds without resorting to laid down procedures.

“You are therefore kindly invited to meet the investigative team at the CID headquarters on Friday August 28,2015,” the letter noted.

Mr Blay has confirmed the invitation to Starr News.

It is unclear who made the complaint against the executives, but Starr News sources say it is in connections with funds collected during the party’s recently held parliamentary primaries. 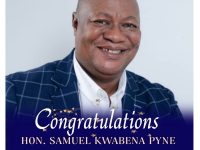