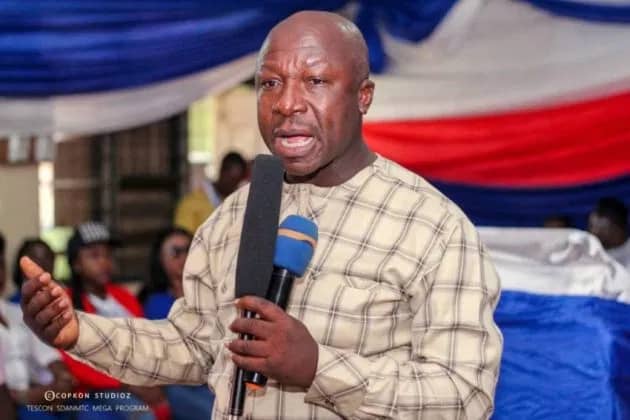 The Ashanti Regional Organiser of the New Patriotic Party (NPP), Francis Adomako has questioned the integrity of the NDCs flag-bearer, John Mahama.

The lecturer wondered why a man who destroyed the country’s economy in the 6 years he held sway as Ghana’s President would now turn around to claim to be the saviour.

Mr Adomako posited that interestingly when the economy is now on its feet the former President has suddenly showed up to proffer ideas of its rescue.

The Ghanaian Observer newspaper publishes in full a release by the regional organiser disecting the woeful performance of John Mahama and the NDC when they had power.

The NDC and John Mahama have always been heard in the news for boasting of several infrustructural projects under their term of office as compared to that of the NPP.

However, it’s very pathetic on the part of the NDC how they have milked the nation through these infrustructural projects that were undertaken by them.

This article seeks to lay emphasis on the cost of  various projects undertaken by them as compared to the NPP.

If you sum the cost of all the infrastructural expenditure undertaken by NDC government from loans, grants and taxes between 2009 and 2015 it is less than $7 billion.

Meanwhile, the government had borrowed $39 billion; so where is the rest of the money?

The then Managing Director of the IMF opined, most of Ghana’s borrowing has been used for consumption and not for investment.

The overpricing of contracts, corruption and the absence of value for money considerations are partly responsible for this. Further to buttress the aforementioned points are as follows;

Your adversaries are not God!