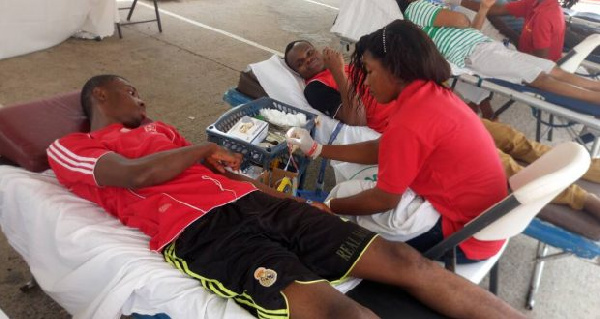 The Blood Programme Organiser at the Eastern Regional Hospital, Mr Phanuel Mordzifa, has called on the public to voluntarily and regularly donate blood to the blood bank of the hospital to resolve the virtual emergency on hand.

“As we speak now, there is no single pint of blood at the hospital blood bank. Anyone who will be brought to the hospital and will need blood urgently for survival will have to be saved by relatives and close friends,” he stated.

He explained that “the blood bank runs short of blood often whenever senior high schools — which constitute the main donor source for the hospital — vacate.”

Mr Mordzifa made the call during a blood donation exercise organised by Baamaiyi Sai Allah, a non-governmental organisation, to support the hospital to stock its blood bank.

Seventeen people donated blood at the end of the exercise. A medical team from the hospital conducted the exercise.

Mr Mordzifa said the hospital transfused 20 pints of blood each day, but during emergency situations it transfused 30 pints or more per day, explaining that there was always a shortfall of blood at the facility, which threatened the lives of patients.

The shortage, Mr Mordzifa said, was affecting the operations of the hospital as it had become difficult to provide blood for patients.

He urged Muslim and Christian communities and organisations and the various recognised clubs to voluntarily donate blood to the hospital’s blood bank.

Many people, Mr Mordzifa added, only reported to the facility to donate blood when their relatives needed it, and indicated that it was not the best practice since blood was supposed to be ready for patients to address emergencies.

He stated further that “we have different blood groups, and we need to have enough quantities of all the eight blood groups before any emergency comes. Blood collection is a continuous process. Anytime, any day someone is in need of blood. We don’t have a specific number that needs blood.

“We need enough education, and the public should also be concerned about their health issues particularly matters of blood because it is not produced or manufactured anywhere except from humans,” he stated.

Mr Mordzifa said the 17 pints of blood that they had from the Koforidua Zongo Community could only take care of two or three patients, describing it as not enough to stock the hospital blood bank.

The Chairman of Baamaiyi Sai Allah Organisation, Alhaji Umar Garba, said because the hospital served as a referral centre, health facilities in the Eastern Region relied on it for the supply of blood.

He said the donation formed part of the organisation’s corporate social responsibility towards enhancing health care delivery in the region. 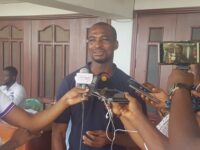 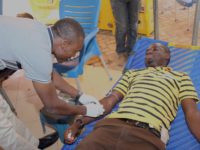 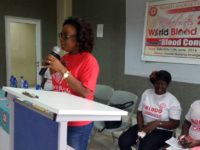