Schools under trees, and those without government support in the Bia West District is one of the commonest sites as far as education is concerned in that district.

At Nkrabia D/A Primary School, pupils in the Kindergarten, Primary 1 and 2 are forced to write on their laps owing to the fact that the School has no desks for the pupils.

When rawgist.com visited the area in the past weeks, it was realized that most schools in the area are poorly managed both by the assembly and the district educational directorate. church during classes in order to afford pupils a place to sit for studies.

Away from all these difficulties they go through,the poor pupils have to sit in a dusty classroom; making the situation worse.

Teachers are compelled to close down the school during rains.

Assistant Head teacher of the school, Mr. Paul Ampaw Sah revealed that most teachers in the area are not able to teach effectively as expected of them.

He argued that because government has failed to provide the necessary teaching and learning materials, most teachers have become reluctant and tend to concentrate on lesson notes rather than the usual teaching practices since that is what circuit supervisors (CS) come to check.

Explaining the situation, he said “It’s difficult for us to get desks and text books for our pupils. Teachers sometimes have to teach without teacher’s guide book. Under these shades, our pupils have to sit on benches and write on their laps”.

He also urged all Circuit Supervisors to be much concerned about the output of teachers rather than the regular check of teachers notes as that remains the secret behind the failure in most districts as far as basic education is concerned.

He therefore made a passionate appeal to government to help improve the standard of the school. 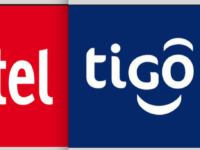 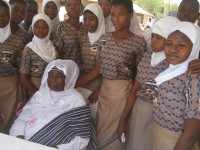 Herbalist gives scholarship to 63 girls in the northern region