The Ashanti regional Police Commander, after a report by rawgist.com on some sensitive comments made on Kumasi based Boss FM has announced he will arrest NPP activist Dr. Kwaku Duah so he could prove his allegation that the government is busy producing military uniforms in South Africa for NDC foot soldiers.

DCOP Kofi Boakye made the announcement when he met Broadcasters and managers of media houses at the Police Headquarters in Kumasi. He cautioned the media against allowing their platforms to be used to make unguarded statements that could compromise the security of the nation.

Already Robert Owusu, an NDC activist is in trouble over a statement he also made on Boss FM regarding the stockpiling and sharpening of cutlasses to be used during the forthcoming general elections.

Earlier this week an NPP activist Dr. Kwaku Duah also alleged that the government is sewing military uniforms for NDC foot soldiers to be used during elections; prompting former deputy Ashanti regional minister Joseph Yammin to intervene and call for his arrest. Although he wasn’t arrested then, Mr. Yammin has vowed to ensure he is dealt with according to law.

Ashanti Police commander, DCOP Kofi Boakye has promised the people of the region, adequate security before, during and after the election and it seems he has already swung into action. 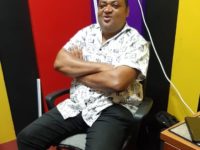