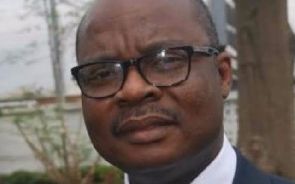 This follows the resignation of Dr Abdul-Nashiru Issahaku.

A statement from the presidency signed by Eugene Arhin said: “In order not to have a vacuum at the top of such an important state institution, the president, in accordance with Artcile 183 (4) (a) of the constitution, has appointed Dr Ernest Kwamina Yedu Addison as Governor of the Bank of Ghana, subject to consultation with the Council of State.”

Confirming his resignation, Dr Issahaku said he decided to quit for “personal reasons”.

“They did not force me out. It was a personal decision,” he said.

The 55-year-old economist was appointed into office in April last year by Mr John Mahama when he was in office.

He succeeded Dr Henry Wampah who also retired before his time was due.

Before becoming the governor, Dr Issahaku had been the second deputy governor of the central bank since July 2013.

Dr Addison once served as the Director of Research at the Bank of Ghana during the tenure of Kwesi Amissah-Arthur as governor. He was at the central bank from 2003-2011.

After leaving the central bank, he joined the African Development Bank (AfDB) in May 2011 till recently.

Dr Addison was also a Chief Economist with the West African Monetary Institute from 2000-2003.

He did his Master of Philosophy (M.Phil.), Economics at Cambridge University from 1987-1989.

He attended the University of Ghana for his Bachelor of Arts (B.A.), Economics between 1982 and 1986.

Dr Addison will take over officially on April 1 when Dr Issahaku leaves.

Bank of Ghana predicts stable cedi in 2nd half 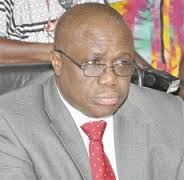 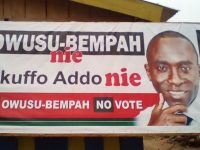