Communications Director of NPP appendage “Save NPP Now”; Mr. Baah Acheamfour has called on the party’s flag bearer, Nana Akufo Addo to resign as the party continues to mend deep cracks it has sustained.

Mr. Baah Acheamfour, who was speaking on Fox FM named Daily Guide’s Fortune Alimi, Perry Okudzeto, Freddie Blay and a few others as being the cause of the NPP’s headaches.

Mr. Baah Acheamfour encouraged embattled Secretary of the NPP; Kwabena Agyepong to hold on to his position and not cave in to pressure to resign.

“The only security Kwabena Agyepong has is his position”, he said.

He also slinged some mud in the direction of the NPP’s Gabby Otchere Darko as well as Assin North MP; Kennedy Agyepong.

“Ask Gabby what he went to do at the first lady’s house and what was in the brown envelope he took”.

“Kennedy Agyepong took contract from NDC, gave it to Adams Mahama with some money with which to execute the project. He is crying because his money is gone”, he said.

For his part, Ashanti Regional Secretary of the NPP; Sam Payne rubbished the group and the allegations they make. He accused them of rather destroying the party.

Mr. Baah Acheamfour who was quite emotional about occurances in the NPP recently threatened to make shocking revelations if anyone in the party dared him. He claims to possess documents that could send the NPP to the cleaners if revealed. 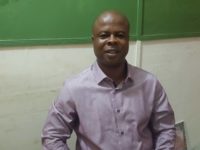