The Flagbearer of the New Patriotic Party (NPP), Nana Addo Dankwa Akufo-Addo has condemned President John Mahama for justifying the BNI’s interrogation of the CEO of Citi FM and Editor of the state-owned Daily Graphic Newspaper over a reportage on the Nayele Ametefeh cocaine scandal.

According to Akufo-Addo, the trend where journalists are questioned by security agencies over their work is a threat to press freedom. He said the government should have come out with an official statement on the matter instead of using the security agencies to harass journalists.

Interacting with journalists at his residence Thursday evening, Akufo-Addo said Mahama’s justification of a “backward” action was very saddening.

“I take this very much to heart, and that is pressmen, media practitioners who are summoned by state agencies responsible for national security to come and explain what it is that they have written or put out,” Akufo-Addo said.

He added that: “It’s an unfortunate step and it takes us backward instead of forward in the development of our media in our country. And I thought it was particularly sad that on the occasion of radio eye’s [anniversary], the President of the Republic himself should take the opportunity to defend what the BNI had done in calling the Citi FM reporters.

“I think that the presence of our country, the democratic Ghana, should as much as possible stand for the freedom of our people, stand for the liberties of our population in various manifestations…it is unfortunate the President took that attitude”. 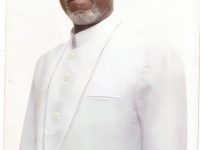 NPP will break the 8 no matter what-St. Sark 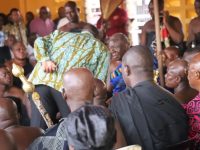