Everybody was waiting to hear the new date for the wedding of Actor Chris Attoh and the love of his life, Damilola Adegbite but from what Peacefmonline.com is reading on social media this morning, it appears Chris and Damilola may have tied the knot secretly.

They announced in January 2014 that they are a couple and later revealed they’ll be tying the knot this April but they postponed the wedding till later this year or early next year.

However, Actor and TV star, Chris Attoh has hinted that he is now officially married to his Nigerian fiancée, Damilola Adegbite.

The pair have been officially joined together in holy matrimony. Chris confirmed in a Facebook post on Wednesday morning.

The ceremony comes months after both announced they were expecting their first child.

Call it an on-screen chemistry that got serious as the years went by, as you would not be far from it. The former Tinsel stars have both featured in several movies together including 6 Hours to Christmas, Flower Girl and others. 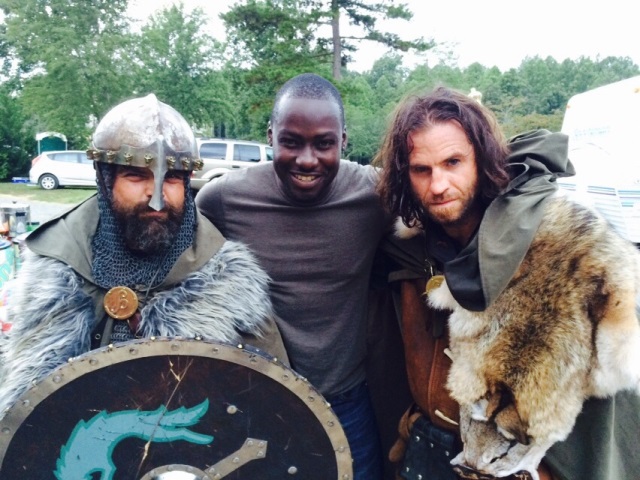 Chris Attoh closes in on another Hollywood deal