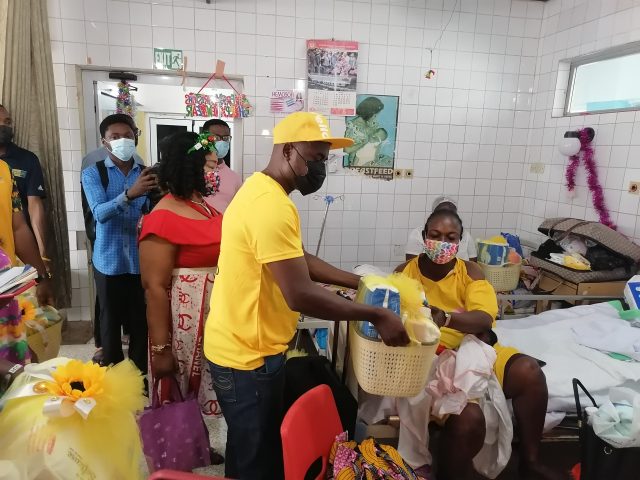 This gesture was to welcome the babies into the world at a day Christ Jesus chose to visit mankind and in Ashanti, KATH, Kumasi South and Suntreso hospitals were health facilities chosen to benefit from the 50 hampers that were to be given to new born babies.

Presenting some of the items to mothers that had delivered at four special units at KATH, Godfred Kwarteng, Fixed Band Services Manager at MTN-Northern Business District noted the delight of the company to be of help to these kids and their mothers.

He said for MTN to do these donations for more than a decade meant that they were committed to bringing smiles to homes of new born babies at Christmas.

“MTN since 2011 has done these hamper donations and has reached out to 500 babies every year in all hospitals in the country and this is ample testimony that the brand is committed to bringing happiness into the homes of newborn babies delivered at the birthday of Christ Jesus, the Saviour of mankind onthe 25th of December “, Mr Kwarteng said.

APPRECIATION:
Beaming with smiles, Stella Amo, a 28 year old mother said she was happy MTN was doing this at a time she had delivered her first child.

She noted that Christmas has come early for her and thanked the MTN team for the gesture.

Afia Hammond, a 32 year old mother said she was grateful to God for the grace to deliver safely on the 25th of December and and added that the gesture by MTN has doubled her joy.

She thanked the doctors and nurses at Komfo Anokye Teaching Hospital for sacrificing their time and energy to be at post when Omicron is said to have broken out at the hospital.

STAFF NURSE:
Mrs Fuseina Haruna, Staff Nurse at KATH A1 block said she was happy most mothers at the special unit were doing well despite undergoing some complications during birth.

She revealed most cases brought to her outfit were special ones needing urgent attention.

According to her, many pregnant women forgo ante-natal care and this at times result in complications when their time of delivery is due.

“Many suffer from pre-eclampsia and eclampsia during delivery and these are some complications that could have been avoided if pregnant women take their care serious during ante-natal”, Mrs Haruna noted with worries.

She also appealed to MTN and other philanthropic institutions to take particular attention of the needs at the special delivery units since most mothers are unable to pay their bills arising out of their complications and at times are detained even after delivery. 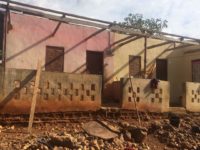 Drama Over Mahama’s Free SHS – Each To Cost US$ 4.3 Million 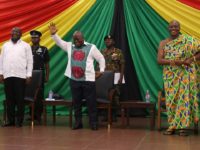 We are committed to workers’ welfare-President Akufo-Addo 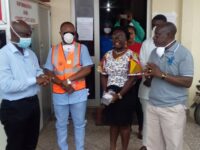 Heads of anti-corruption institutions must be held accountable – IEA