Why Your Hormones Have Been Hijacked

By Dr. Joseph Mercola/ Contributing writer for Wake Up World 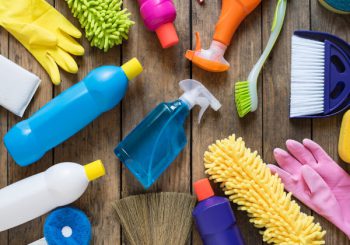 Plastic is such a ubiquitous part of modern life that it’s hard to imagine a world without it. But in the grand scheme of things, plastics are still a new invention, and as noted by Pete Myers, Ph.D., the chair, founder and chief scientist of Environmental Health Sciences, in the video above [editor’s note: it’s below in our version], there’s a lot we don’t know about plastics and health — but then, there’s a lot that we do.

Particularly when it comes to the chemicals in plastics, much is known about the risks they pose to human health, including to future generations through intergenerational endocrine disruption. “It’s enough to give me great pause,” Myers says.

Endocrine disruptors, which are widespread in plastic products, are similar in structure to natural sex hormones such as estrogen, thereby interfering with their normal functions — and more. According to Myers, the future of humankind could ultimately be at risk:1

“Your hormones have been hijacked. Your body’s astonishing, finely calibrated signal system — a system that controls everything from your weight to your fertility to your mood — has been scrambled by loosely regulated chemicals manufacturers use in a myriad of ways including in consumer products.

These hijackers — known to scientists as ‘endocrine-disrupting chemicals’ — are threatening our existence as a species. Driving this problem are chemical companies focused only on cheap plastics and regulators unwilling to do anything about it.”

Male Fertility Is on the Decline, Could Reach Zero by 2045
Myers highlights the book “Count Down,” written by Shanna Swan, a reproductive epidemiologist at Mount Sinai’s Icahn School of Medicine. It’s based on a 2017 study she co-wrote, which found sperm counts dropped by 59.3% from 1973 to 2011.2

The most significant declines were found in samples from men in North America, Europe, Australia and New Zealand, where many had sperm concentrations below 40 million/ml, which is considered the cutoff point at which a man will have trouble fertilizing an egg. Overall, men in these countries had a 52.4% decline in sperm concentration and a 59.3% decline in total sperm count (sperm concentration multiplied by the total volume of an ejaculate).

The book expands on what Swan describes as an impending fertility crisis; along with the dropping sperm counts, changes in sexual development pose a threat to human survival and, according to Swan, “The current state of reproductive affairs can’t continue much longer without threatening human survival.”3 In fact, she estimates that if current projections continue, sperm counts could reach zero in 2045.

Global fertility rates are also falling, reaching 2.4 births per woman in 2018, down from 5.06 in 1964. Fertility rates in about 50% of countries worldwide are at 2.1, which is below population replacement level, The Guardian reported.4

Human beings already meet three of the five criteria for what makes a species endangered, according to Swan, and while there are numerous factors involved — including contraception and costs of raising children — biological reasons, such as declining sperm counts, increasing miscarriage rates and genital abnormalities, are also driving down birth and fertility rates.

Endocrine-disrupting “everywhere chemicals” are a key culprit, she says: “Chemicals in our environment and unhealthy lifestyle practices in our modern world are disrupting our hormonal balance, causing various degrees of reproductive havoc.”5

Has the ‘Count Down’ to Infertility Begun?
“Count Down” brings some little-known findings into the spotlight, like the fact that a significant part of the global population may not be able to reproduce without technological assistance come 2050.6 And, the book suggests, men today have about half the number of sperm compared to their grandfathers.

“I’m half the man my grandfather was, and my grandsons will be half the man I am. In some countries, half of all couples seeking pregnancy require medical intervention,” Myers wrote.7 There appears to be a synergy occurring as well, which the book dubs “the 1% effect,” because sperm count, testosterone and fertility are dropping, and testicular cancer and miscarriage are rising, all at about 1% per year.8

Environmental chemicals, particularly endocrine-disrupting chemicals (EDCs), are another common thread, linked to increasing problems in women’s fertility as well as men’s. “Studies are finding correlations between EDC exposure and a rise in miscarriages and birth defects, and a decline in egg quality and quantity. EDCs can even affect a baby in utero if exposed during pregnancy,” Sustainable Pulse reported.9

Chemical exposure during pregnancy has been found to affect both masculinization and long-term fertility in males. In the wild, fish, frogs and reptiles are also increasingly being born with both ovaries and testes.10

Environmental Chemicals Causing Fertility Declines
A number of chemicals are wreaking havoc with human fertility. EDCs interfere with endogenous hormones, and it’s been found that some effects of exposure persist in future generations, even among males that weren’t directly exposed.11

“They observed adverse effects starting in the first generation of mouse lineages where each generation was exposed for a brief period shortly after birth. The impacts worsened in the second generation compared to the first, and by the third generation the scientists were finding animals that could not produce sperm at all.

This latter condition was not seen in the first two generations exposed. Details of the experimental results actually suggested that multiple generations of exposure may have increased male sensitivity to the chemical.”

Adding further support that environmental chemicals are involved in fertility declines is research showing similar declines in sperm quality in dogs living in human households, with sperm motility declining by 30% over a 26-year period.13

In the canine study, the researchers linked certain environmental chemicals to sperm problems and suggested they could also be responsible for the sperm quality declines in humans — a notion supported by a study published in Scientific Reports.14

Researchers from the University of Nottingham used sperm samples from 11 men and nine dogs from the same U.K. region. They exposed the sperm to doses of two types of environmental chemicals, diethylhexyl phthalate (DEHP) and polychlorinated biphenyl 153 (PCB153), currently found in the environment. The result was reduced sperm motility and increased DNA fragmentation.

The researchers believe dogs may act as a “sentinel” for declines in male fertility and that manmade chemicals used widely in home and work environments are the likely culprit. A previous study even detected such chemicals in dog sperm and some dog food.15

Such chemicals are ubiquitous, being found in everything from food, drinking water and household goods to personal care products, cleaning products, nonstick cookware and plastics. Others, like atrazine, are banned in the European Union but still widely used in the U.S.

Early research by Tyrone Hayes, Ph.D., an integrative biologist at the University of California, Berkeley, hypothesized that atrazine turned on an enzyme (aromatase) that caused testosterone to be converted into estrogen. If you’re a male, this means that you won’t make sperm, but you will make estrogen, even though you shouldn’t.

According to Hayes and colleagues in research published in Nature in 2002, exposure to water-borne atrazine contamination led to “gonadal abnormalities such as retarded development and hermaphroditism” in 10% to 92% of male wild leopard frogs. Hayes published another study in 2010 in Proceedings of the National Academy of Sciences (PNAS), which had similar findings.17

Phthalates, another class of chemicals on the list, are linked to hormone changes and triggering “‘death-inducing signaling’ in testicular cells, making them die earlier than they should,” EWG noted.18 And this is just one of their toxic effects (they’ve also come under fire for impairing brain development, increasing children’s risk of learning, attention and behavioral disorders19).

It’s important to remember that everything from antidepressants20 and inactivity to your dietary choices and EMF exposure can affect your fertility. I’ve previously compiled some tips for increasing sperm count here.

As for reducing exposure to toxic phthalates and other EDCs that may “hijack your hormones” with disastrous consequences on fertility and more, the following steps may help, but you can see more tips for avoiding EDCs here.

Avoid plastic containers and plastic wrap for food and personal care products. Store food and drinks in glass containers instead.

Avoid plastic children’s toys. Use toys made of natural substances, such as wood and organic materials.
Read labels on your cosmetics and avoid those containing phthalates.
Avoid products labeled with “fragrance,” including air fresheners, as this catch-all term may include phthalates commonly used to stabilize the scent and extend the life of the product.
Read labels looking for PVC-free products, including children’s lunch boxes, backpacks and storage containers.
Do not microwave food in plastic containers or covered in plastic wrap.
Frequently vacuum and dust rooms with vinyl blinds, wallpaper, flooring and furniture that may contain phthalates as the chemical collects in dust and is easily ingested by children.
Ask your pharmacist if your prescription pills are coated to control when they dissolve as the coating may contain phthalates.
Eat mostly fresh, raw whole foods. Food packaging is often a source of phthalates.
Use glass baby bottles instead of plastic. Breastfeed exclusively for the first year, if you can, to avoid plastic nipples and bottles altogether.
Remove your fruit and vegetables from plastic bags immediately after coming home from the grocery store and wash before storing them; alternatively, use cloth bags to bring home your produce.
Cash register receipts are heat printed and often contain BPA. Handle the receipt as little as possible and ask the store to switch to BPA-free receipts.
Use natural cleaning products or make your own.
Replace feminine hygiene products with safer alternatives.
Avoid fabric softeners and dryer sheets; make your own to reduce static cling.
Check your home’s tap water for contaminants and filter the water if necessary.
Teach your children not to drink from the garden hose, as many contain plasticizers such as phthalates.
Use reusable shopping bags for groceries.
Take your own non-plastic leftovers container to restaurants. Avoid disposable utensils and straws.
Bring your own mug for coffee and bring drinking water from home in glass water bottles instead of buying bottled water.
Consider switching to bamboo toothbrushes and brushing your teeth with coconut oil and baking soda to avoid plastic toothpaste tubes. 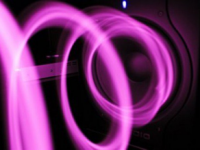 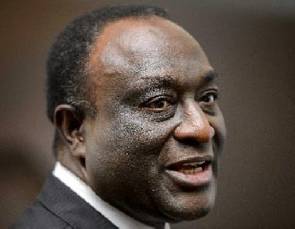 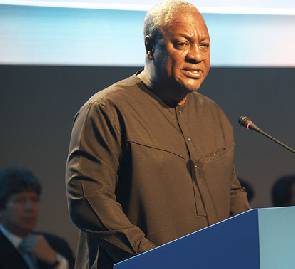