“We are solidly behind Ama Pomaah” -Juaben NPP delegates pledge 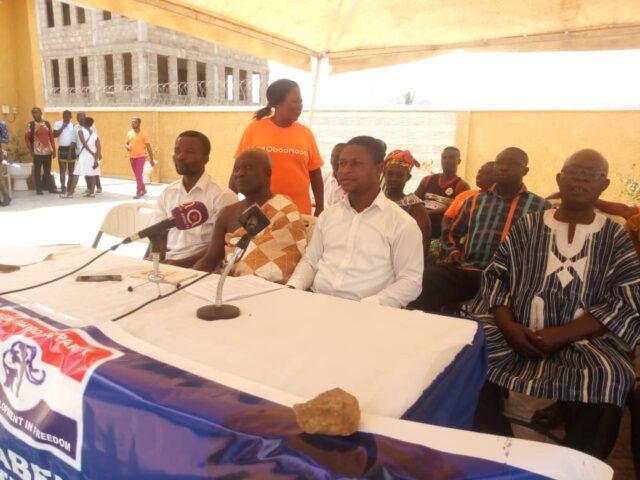 Delegates from the New Patriotic Party (NPP) branch at Juaben have pledged support to their incumbent Member of Parliament, Madam Ama Pomaah.

According to them, the MP since 2012 has delivered impressively on the mandate given her.

The spokesperson commended the national executives for their decision and noted that the stance is also rooted in the SDG goals where in goal 5 it states “to achieve gender equality and empower all women and girls”. 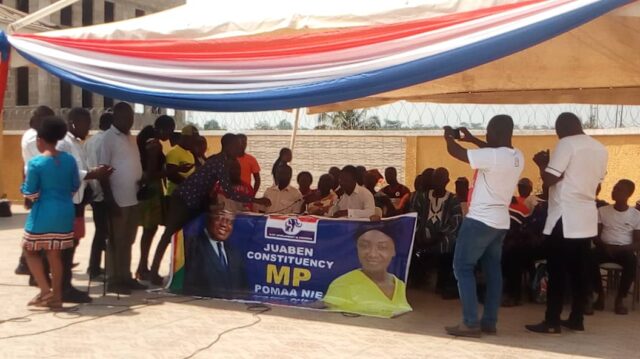 RECORDS:
Sounding confident, Ofa Nico as the spokesperson is referred to by delegates said despite the decision by the party’s national executives to allow the five women MPs in Ashanti to go unopposed Madam Pomaah would have still retained her seat even in the face of contest.

He stressed that the charming and humble MP had demonstrated her solid trait in election periods.

According to the records, Ofa Nico said Madam Pomaah in her first primaries as  candidate in 2011 garnered 155 votes beating two others who polled 84 and 71 respectively.

In 2015,  Ofa Nico quoting from a party document intimated that Madam Pomaah intensified her grip on the seat at the primaries as she polled a whopping 245 votes with her two contenders managing 63 and 53 votes respectively.

“Our favourite MP has shown that in the face of competition she is strong and solid on the ground and the votes she garnered in 2011 and 2015 primaries are there for all to see her performance at polls”, the spokesperson posited.

ACHIEVEMENTS:
Touching on the modest achievements of the two-time Juaben MP,  Ofa Nico said schools in the constituency had received support in relation to infrastructure.

Teaching materials, desks, tables and others have been provided periodically to needy schools in Juaben.

In the area of health, apart from the periodic medical screening exercise for members of the community the spokesperson said health facilities have had support from the MP.

The group, consisting of electoral area coordinators and polling station executives numbering over 200 said they are convinced that the MP in her third term would do more to improve the lot of the people.

“We are solid behind our MP because she has proven in her two terms that she is capable of making Juaben a prosperous constituency where  residents can boast of good schools, improved health infrastructure as well as the provision of basic amenities”, Ofa Nico stated. 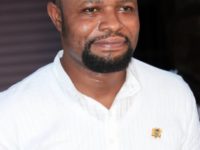